Individuals who possess greater levels of self-belief are more willing to expend effort in the pursuit of their goals. 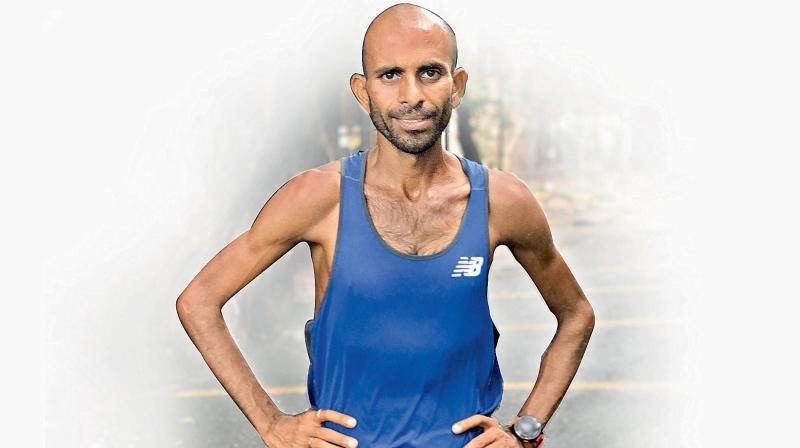 The ‘Faith Runner’, devotee of Lord Krishna, the humble and simple Samir Singh has done that, taking strides of pride every day since April 29, 2017, running 100 km each day, which he intends to do for 100 days.

We tend to think of our bodies and minds as separate systems and believe that they function independently. However, our mind and body are intimately connected. When we push ourselves physically, our mind — our psychological self — becomes stronger as well.

Physical endurance builds emotional fortitude, mental toughness and resilience. It teaches us that we are stronger than we thought and capable of more than we imagined. So many endurance runners spend their lives knocking off endless marathons — and though they probably think it’s a stretch, it’s nothing of the sort.

The human body is incredible. It continually amazes us as athletes reach higher levels. Can you believe that someone has outrun the length of India’s coastline, which measures 7,517 km, or covered thousands of kilometres more than the flight distance from Mumbai to London, measuring 7,187 km?

The ‘Faith Runner’, devotee of Lord Krishna, the humble and simple Samir Singh has done that, taking strides of pride every day since April 29, 2017, running 100 km each day, which he intends to do for 100 days.

Asked why he’s undertaken this mammoth task, Samir says, “I loved the idea of challenging myself and undertaking a challenge that seemed impossible to most with whom I shared my plans, but then I was driven by intrinsic motivation. As I was preparing for this feat in the holy town of Vrindavan, I was reminded of the importance of finding what motivates individuals as they prepare to change and grow. Once we establish the motive and the relevance of our journey, we find reasons to believe in ourselves — and then, almost anything seems possible.”

When we deal with any aspect of life, it is important to have self-belief. At its most basic, it is a question of: “Can I do this?” And the answer to this question and the degree of certainty in the response is a powerful predictor of behaviour.

Individuals who possess greater levels of self-belief are more willing to expend effort in the pursuit of their goals. The idea of running 100 km daily for 100 days was self-conceived by Samir. He faced discouragement when he mentioned his plans, because no athlete has done this before. This magical number — of running 10,000 km — somehow stayed in his mind and he just wanted to accomplish it and make the country proud. The mind — although less understood — is every bit as impressive, powerful and also drives performance.

Samir has covered 9,300 km in the last 93 days, facing many challenges — heat, humidity, running in traffic, injuries, discouragement. Running for 93 days straight can be brutal and draining.  A self-taught, self-learned runner, Samir says, “Endurance running to me is meditative, offering a psychological space free from intrusion, and a way to clear thoughts, relax, and rejuvenate. It is a form of mindfulness. On most days I run just with my thoughts and I meditate as I put one foot in front of another.”

On August 6, 2017, Samir Singh will accomplish a feat no athlete has accomplished. Such achievements remind us that with dedication and training, we may be capable of feats that border on the superhuman. Nothing can remain beyond the wit and courage of man.