Bollywood’s always pretended that it can either make serious films and lose money or the blockbuster. 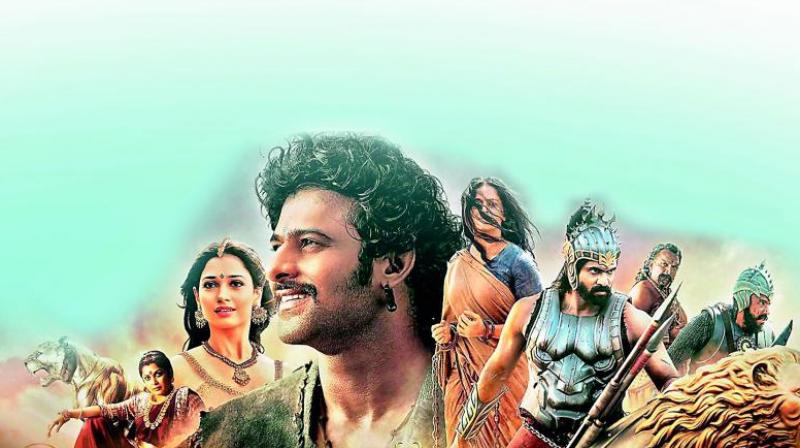 A still from the movie Baahubali 2

Away from the plaudits that greeted what is perhaps the first pan-India film, Bahubali, a few members of a Dalit community in Madurai took offence at some caste-based slurs used in the film and torched a theatre. The reaction was unnecessarily violent but it reflected a fairly under-examined part of Indian cinematic history — the portrayal, or lack thereof, of caste issues. The year 2016 was big for America's interaction through celluloid with problems of race that continues to haunt the country's conscience, even in a post-Obama world; perhaps even more so since he stepped down from office. OJ: Made in America, James Baldwin's I am Not your Negro, and even the Oscar-winning gay drama Moonlight to some extent, elevated the discourse about race to a new level in Hollywood. Though the likes of 12 Years a Slave preceded these films that examine the country's uneasy race relations, the year 2016 proved to be a windfall, and much of it is owed to Jordan Peele's Get Out, a neo-horror, genre-redefining mainstream film that placed the screams and sighs within an America that is, today, all too real.

Here in India, the historical burden of caste is not dissimilar. But it has produced very little cinema that analyses or confronts the issue. There are a number of reasons for this. First, the class factor. Bollywood today makes films for a certain multiplex-frequenting class of viewer. These are upper caste people, groomed within an upper class milieu, who are ignorant of how the other half lives. Moreover, there is a paucity of lower caste people working as writers, directors, producers in mainstream Bollywood. The understanding of caste issues can either come from examining one's privileges, which Bollywood simply isn’t conditioned for, or making space for those who come with a personal diary of dealing with problems that flow from it. It is pretty easy to figure that neither has happened in Bollywood.

Second, and perhaps more significant, is the flawed understanding of the caste system and what it implies in terms of  discrimination, violence, and, most importantly, our country’s history. For example, everyone, from Gandhi and Patel to Bose has had a biopic of their own. Why has not a single director or producer ever contemplated a film on Ambedkar — the conscience keeper of the nation and quite easily one of India’s greatest intellectuals — even sixty years after his death? What would be a better way to enlighten the ignorant than to do it through a man who spent much of his life fighting the ills of caste? Also, whatever cursory depiction Bollywood has produced— think Lagaan — is deeply flawed, for it reinforces the stereotypes and prevailing views.

The widening scope of American cinema — the cinema Bollywood most likes to chase in terms of the politics it considers — has come a tad belated. Also, it has been pushed fiercely by Indie filmmakers or people from within the Black community. That said, over the years even popular cinema in the United States has touched upon the subject. Popular adult spoof films like Scary Movie and Not Just Another Teen Movie have, along with entertaining, taken jabs at race relations that lead to stereotypes. They may not have delved deeper, but they, at least, scraped the surface. In India, Nagraj Manjule’s Fandry and Sairat are perhaps the only recent examples of a serious look into the caste mirror. And as Sairat’s box office success proved, films that are not class-centric and look to unpeel a comfortable skin or two, can work. The baton, though, is largely in the hands of independent filmmakers. Neeraj Ghaywan’s Masaan had a fleeting view of the caste equation in Banaras. There are a handful of films that can be traced back to the birth of parallel cinema in the 1980s and one or two from India’s grandest auteur, Satyajit Ray. But beyond that, Bollywood’s tendency to bank on collections and not relevance has only hurt its own significance.

There are lessons to be learnt on how popular and entertaining films can be made while taking a sensitive view of society’s problems. Sairat, for example, stood out not only for its social commentary but for the value of its filmmaking and storytelling. Bollywood’s chief problem always has been the pretence that it can only make either the no-show serious film, or the successful blockbuster. For any cinema worth its existence, the ultimate aim should be to bring the two together. Or, it can just waltz away from the disadvantaged people in society and that will, some day, soon make Bollywood unrecognisable to them. Maybe it already is.