Today, the average percentage of Jewish students is 25 per cent on Ivy League campuses, with a 6-million population. 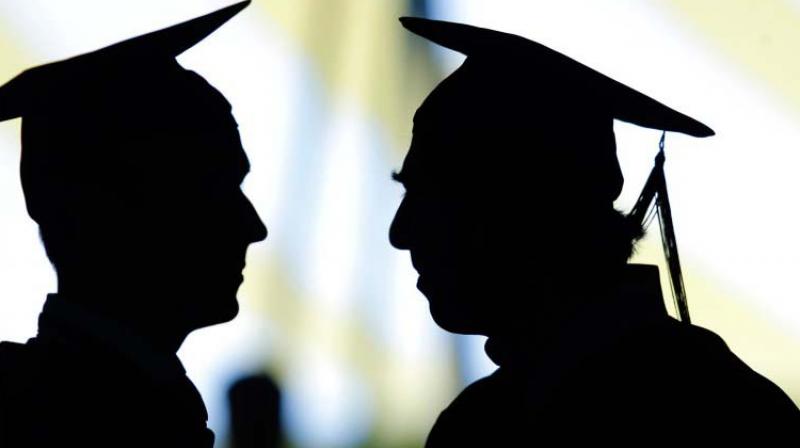 Harvard’s “whole person” admissions policy, as revealed by the SFFA (Students for Fair Admissions) lawsuit, is a “whole race” admission policy. It discriminates against Asian American (AsAm) youth in order to benefit youth from all other races, especially the white race. How America’s top educational institution can operate such a hidden discriminatory admissions policy against Asian students who want to study in that institution is beyond imagination. Harvard has become complacent. An international outcry of its discriminatory omission policy may wake it up.

Harvard’s emphasis on diversity is a charade. Here is the proof: 80-20 National Asian American Political Action Commit-tee has proposed to give blacks and Hispanics as many scholastic assessment test (SAT) points as necessary to achieve a critical mass for each.

Once the diversity purpose is achieved, it shoul-dn’t be necessary to pena-lise AsAms. Will Harvard go for it? Of course not. Because Harvard’s real purpose is to limit the number of AsAm students while taking in more white students. Harvard is just applying the same fix on us as it did against the Jewish students about 100 years ago.

How did the Jewish community overcome this prejudice? Apply the political clout that comes with united action. Today the average percentage of Jewish students is 25 per cent on Ivy campuses, with a 6-million population. Compare. There are about 20 million AsAms, while Harvard is limiting AsAms on campus to about 20 per cent. There is no reasoning or logic or noble intentions or educational purpose involved; just raw prejudice and political clout.

There is enough proof for the ugly discrimination against AsAm youngsters by elite colleges, including a number of new discoveries. These colleges are using the nobility of diversity as a cover to give an illegal advantage to white applicants over AsAms, thereby imposing an illegal quota on the number of AsAm students admitted.

The desire for diversity and the intent of the Affir-mative Action Program-me cause the higher acc-eptance rate of Hispanic and Black applicants with comparable academic ac-hievements, which most AsAms understand and embrace. However, why are AsAms given a lower acceptance rate than white peers?

For the sake of diversity, we do embrace the idea of granting extra points to the ACT (originally Ame-rican College Testing) SAT scores of blacks and Hispanics — we would add even more, if needed. However, why are 140 SAT points taken away from AsAm applicants? This is to give the white applicants an advantage of 140 SAT points over the historically disadvantaged AsAms by using the nobility of diversity as a cover. This is the reverse of affirmative action. This is a gross abuse of affirmation action. This is outrageous discrimination.

We estimate that the AsAm admissions into Ivy League colleges would be about 25 per cent, not 18 per cent, if AsAms were not deceitfully forced to yield 140 points to whites.

Cowardly discrimination against the weak and disorganised: Some may say AsAms are only 6 per cent of the national population, 16 +/- 3 per cent is already too many. Really? Are they advocating a quota, which the Supreme Court ruled as illegal? America’s ideal is meritocracy. (See graph)

Harvard’s ‘Holistic Eva-luation’ is a charade. The White House Commission on Presidential Scholars tells annually that AsAms are not nerdy: Harvard has never defined its “holistic evaluation”. It fought tooth and nail to keep its admissions records secret. What is Harvard afraid of? How about practising the transparency that Harvard preaches to its students and the rest of the nation so frequently?

Fortunately, another group also performs a holistic evaluation of high school graduates annually. The esteemed ‘White House Commis-sion on Presidential Scholars’ evaluates all high school graduates “on academic achievement, personal characteristics, leadership, service, and other extracurricular activities, and an analysis of their essays”.

The Presidential Scho-lars Award Programme, where clearly defined holistic evaluation is used, has named AsAms to 28 per cent of their finalists spots averaged over the last 15 years. Over that same period, AsAms have made up only 18 per cent of Harvard’s admissions.

Ivy League colleges are superior in numerous ways. However, they have committed discrimination against AsAm students, and have practised hypocrisy and deceitfulness with their decision to favour white students over their AsAm peers. It is a very short-sighted policy, possibly induced by racism and self-conceit. History will not be kind to the presidents of these colleges, who participated in this apparent cabal.

The author, a former Democrat, is president, 80-20 Educational Foundation, which champions the cause of Asian Americans