Muslims in time warp: Into enlightenment from blind following

Instead of the dominant blind, unquestioning obedience to religious dogma, we should teach critical thinking to our children in schools. 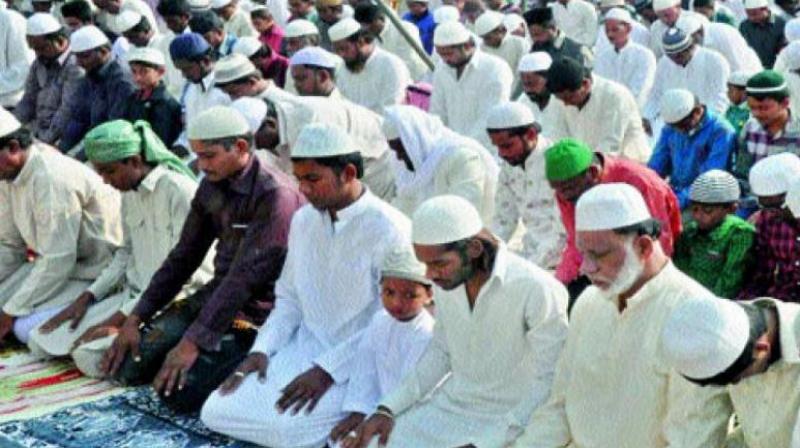 Pluralism, education and intellectual competition: These were once Muslim values, and they could be so again.

Muslims need a new culture based on a contemporary understanding of the Quran where one’s religious practice is personal while the social values are communal and the state is civil, just like the society of Madinah.

Islam, especially the one promoted by wealthy Arabs during the last 50 years, is anti-enjoyment of life. It wants Muslims to believe that any enjoyment here on earth is questionable, and true pleasure will be enjoyed only during the next life, where all that is forbidden here is allowed there (see box).

This fatalistic, self-defeating culture is causing too many Muslims to accept a life of deprivation, as if deprivation is their destiny, while the Quran calls on Muslims to fully enjoy this life on earth in moderation.

When Muslims gather for Friday prayers, the Imam usually reminds them in his sermon, that this life is a test, it is not for us to enjoy because we will fully enjoy life in heaven. The conclusion the young Muslims listening to him week after week come to, is why struggle to change anything? Accept the status quo and get ready to die. Contradicting the Imam or rebelling against his sermonising might cause you to spend eternity in Hell. Often, our Imams will remind us that others, namely those Christian Westerners who are enjoying life to its fullest on earth, will end up in hell.

So, heaven is ours and hell is theirs. This is the poison too many Muslims learn from an early age, through a stagnant interpretation of Islam that is not Quran-based.

This kind of religion that too often serves as shackles around the believers’ necks is the main reason for the present status quo. What Muslims need is a new set of ideals based on a fresh reading of the Quran and the Sunnah (the actual example) of the Prophet (PBUH), where they will find that all the bounties on this earth and beyond were created for them, and they should use them wisely.

“Do you not see that God has made everything in heaven and on earth subject to you, and has abundantly showered you with His favours, [both] seen and unseen? Yet some people argue about God in ignorance without guidance or illuminating Scripture.” (Q 31:20)

However, there is a balance between our worldly life and the life of the hereafter that the Quran teaches. It says: “Seek the Hereafter with what God has given you, but do not neglect your share of this world. Do good as God has done good to you. Do not seek to cause corruption in the land, for God does not like those who spread corruption.” (28:77)

The Quran is teaching balance and equity — to enjoy the bounties and share them with others. Do good and seek to benefit others. Those others are not necessarily always Muslims, for the Quran teaches that respect is owed to every human being regardless of religion. Dignity and freedom are guaranteed to each person regardless of origin or whether they are a part of a majority or a minority.

So, Imams delivering the Friday sermons need to spread the love and respect of others rather than hatred. This arrogant culture of “we are better because we’re Muslims” is counterproductive. Let’s teach Muslims love of neighbour as we learnt it from our beloved Prophet and leave the judgment to Allah.

Muslims did not learn this arrogance from the Prophet, for he was humble and respectful of all others. We learnt to be arrogant when we built an empire, for power corrupts and with power comes arrogance.

But, how can we change a religious culture based on decrees from scholars, and instead empower people? Simply through education. Our education systems in various Muslim countries are based on memorising an antiquated religious curriculum based on dogma. The education systems that produced brilliant thinkers throughout history were holistic and based on comprehension, experimentation and applicable science that lead to inventions.

Indeed, we need much more focus on science. Research, creativity and critical thinking should become the new culture.

The freedom I’m talking about actually extends itself way beyond personal freedom. It also deals with being free from myth about what Islam is, about the purpose of our existence on earth and the role of others. It is indeed a responsible freedom.

The road to modernity is long and the Muslim world still does not have the will to travel it. Importing fast food restaurants will not make you modern. Travelling in an airplane instead of on a camel does not make you modern. Living in the 21st century, while idealising the seventh-century way of life, will not lead to modernity. We need to follow the methodology of the Prophet in his way of thinking and his ways of solving problems rather than blindly imitating the way he lived. There are a number of values that Muslims need to adopt in order to formulate a culture that will make them productive.

You can’t buy or import modernity; it comes as a result of a cultural change. Muslims need a new culture based on a contemporary understanding of the Quran where one’s religious practice is personal while the social values are communal and the state is civil, just like the society of Madinah under the leadership of our beloved Prophet.

Pluralism, education and intellectual competition: These were once Muslim values, and they could be so again.

(The author is a Lebanese-born American. He is working with a group of Evangelical leaders to produce translation of the Quran with cross-references to the Old and New Testaments. He is an administrator in the managerial sciences with over 40 years of experience in strategic planning, leadership and business ethics with an emphasis on strategic management in the corporate and academic worlds)