Muslims in the post-truth world are caught between extremes

It is interesting to know how Islamic societies across the world encounter three extreme situations simultaneously. 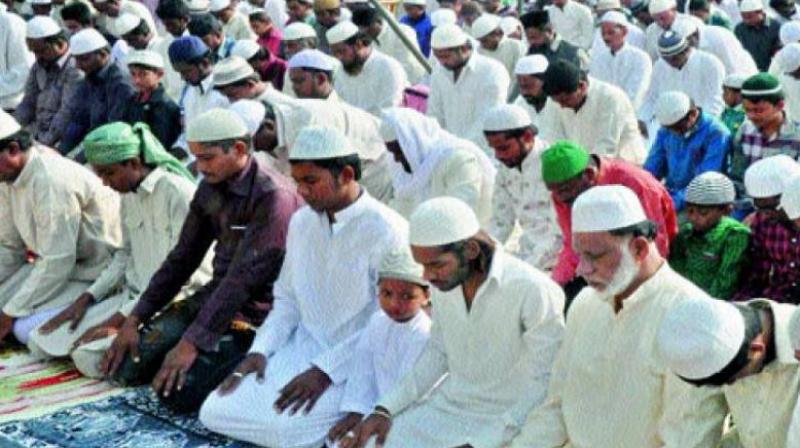 As the post-truth age is increasingly becoming anti-intellectual all over the world, only a sustainable critical learning of Islam would enable Muslim societies in the world to challenge the issues that they face, within and outside.

With increasing Islamophobia mania and invoking victimhood, a significant number of scholars working on Islamic communities appear to be distancing themselves from critiquing issues that matter paving way for legitimising the most deleterious practices.

It is interesting to know how Islamic societies across the world encounter three extreme situations simultaneously. One of them, ‘Islamophobia’, has been observable in a range of multiple abstractions, though it evolved to a much higher level from its version in the 16-17th centuries when it was established as a deep epistemic practice in the work of writers such as Humphrey Prideaux, who located Islam and Muslim communities as the inscrutable ‘other’ in the early modern period in Europe.

With the emergence of Hindutva in India, hyper-nationalism-centric prejudices against the Islamic community have become a reality and it is clearly reflected in many political and administrative policies that the present political regime envisages. The narratives that Hindutva construct in India are not very different from how Edward Said located Islamophobic Europe in his famous work Orientalism.

Islamophobic Europe sees the Muslim community “as static in both time and place and incapable of defining themselves”. Similarly, Hindutva defines Muslims as a danger to the nation’s purity and a threat to its existence. Such indoctrinated ultra-right constructs have created another extreme situation within the Muslim community worldwide.

The second extreme force with which Muslims engage is the increasing tendency within the Islamic discourse to fix all undesired questions and criticism within the framework of Islamophobia thus creating a difficult situation.

By invoking ‘victimhood’, this situation leads to certain nefarious normalisations of some of the highly problematic issues within the community. In the highly divided world of today, the manipulatable post-truth Islamophobiamania has sadly become the dominant trope of expression within much post-modern discourse in India and abroad. As a result, a significant number of scholars working on Islamic communities appear to be distancing themselves from critiquing issues that matter, as for example, the growth of neo-salafiite trends in South Asia.

Consequentially, Islamophobia mania has become like a good escape for legitimising the most deleterious practices in the post-truth logic of ‘agency’ and ‘identity’. Now, even the most erudite internal critics of Muslim societies are to be vetted by self-proclaimed crusaders of Islamophobia, particularly in the cyberworld where the definition of ‘agency’ has merely been reduced for reasserting the misogynistic tools of control and patriarchy.

Most of these crusaders belong to the third extreme situation in this discussion — the ever-expanding domain of male-dominated clerical Islam, which has always been highly authoritative with its entangles of control and disciplining. Living mostly on the multiple lateral extensions of Islamic religious markets across the world, this indoctrinating clerical Islam has become antithetical to every possible strand of interactive Islam. With their increasing networks, the more radical among them are proffering “un/anti-Islamic” anything which does not find occupancy in classical Islamic scriptural traditions. Such retrogressive clerical Islamic positions have already caused divisive debates around Muslims’ participation in festivals and celebrations that are not intrinsically ‘Islamic’. The influential Canadian Muslim cleric, Younus Kathrada’s recent asseveration that those Muslims who exchanged pleasantries with Christians would be considered sinners as they offended Islam and its theological principles, stands tall among such post-truth clerical rhetoric in today’s world. These post-truth clerical manipulations try to tie the new generation of young Muslims to a sanitised world of prohibitions and benefits, limiting even the cognitive possibilities that an interactive social life offer, apart from other things.

The extremity of pervasive clerical Islam has become more illustratable when it comes to the realm of gender and sexuality within South Asian Islamic discourses that hardly recognise Muslim women as equal intellectual beings. Embedded patriarchal sensibilities within clerical Islam feel that even matters that are most intimately connected with the everyday of Muslim women have to be examined by clerical authorities, leading to an array of heated debates within Muslims across the globe. Now, clerical Islam’s misogynist obstinacies have been critiqued by women themselves across the world, and India is no exception. The discourses that Islamic feminism enabled in the past decades have created a generation of self-made women who not only refuse gender injustice but devise new forms of intellectual deliberations and resistance. Such acts of assertion and resistance enunciated by the women seeking gender equality have shaped and restructured the very nature of Islamic discourses across the world in the last two decades. However, as the emerging self-assertion of Muslim women for religious equity and social equality will definitely have its repercussions in their non-religious engagements as well, the post-truth clerical Islam seems to have reclaimed, at least in some regions, its dominance through the mechanism of self-righteousness and fear.

Taken together, these three situations have become a matter of significant concern within the intellectual communities that deal with Islam and also in the lives of ordinary Muslims across the globe.

As the post-truth age is increasingly becoming anti-intellectual all over the world, only a sustainable critical learning of Islam would enable Muslim societies in the world to challenge the issues that they face, within and outside. And in its history, such traditions always existed.

(The writer is Assistant Professor, Department of History, University of Delhi.)