Erosion of academic sobriety of universities paves the way for abuse of freedom of expression one way or another. 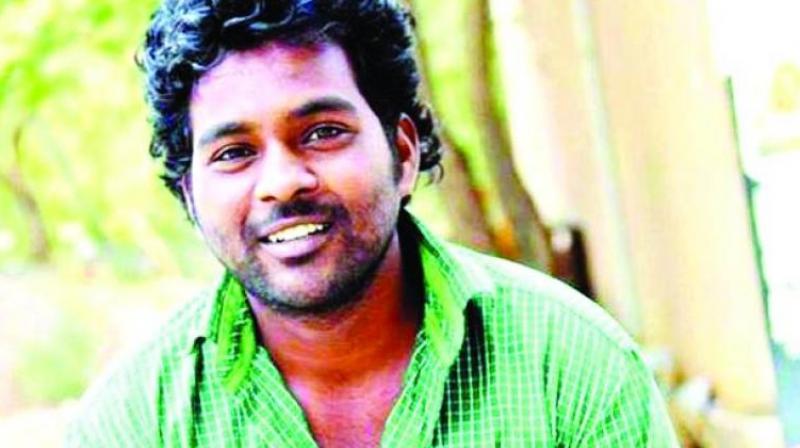 First, a word about the idea of the 'University'. It has been, for the most part of history, an elite phenomenon; like the right to freedom of thought and speech itself. It took the now iconic universities in the UK centuries to open their doors to commoners.

Within such tiny, homogenised socio-cultural matrices of universities, 'freedom of expression' hardly had any scope for disruptive contestations, especially of ideological virulence. Universities accommodated divergent schools of thought. They coexisted amiably within an ambience of 'persuasion', which fell in the province of rhetoric. The idea of freedom of expression as a democratic phenomenon is one of comparatively recent origin.

To see themes of expression and intolerance in perspective, it is necessary to link at least four connected issues germane to universities today.

First, they have become spheres of specialisation, which compromise width in favour of depth of narrow scope. Specialisation, for all its merits, has the tendency to fragment academia. Universities become an aggregation of silos of specialisation and not an integrated whole with which students and the faculty can identify.

Secondly, the hitherto excluded segments of our society are finding their way increasingly into the privileged club of university education, reflecting the significant changes happening in our society. Social change spews up dormant tensions.

Third, 'freedom' is understood more as 'freedom from' and less as 'freedom for'. This aligns freedom more to clash of wills than to exchange of views.

Fourth, the sanctity and inviolability that educational institutions enjoyed in the past now stand compromised. This opens the floodgates to outside interferences in universities.

Conjoined with these are three other issues of general significance. Tolerance of differences has declined. The glorification of violence, of brutal imposition of one's will over the rest, is the current fashion. Even the sphere of personal choices and liberties - covering food, dress, livelihood activities and so on - is invaded with impunity. Intolerance, not tolerance, is what's in vogue.

The second issue pertains to the alienation of academia from real-life realities. The fact that our universities are infiltrated by ideological and political forum-hunters does not mean that they are rooted in national realities.

Thirdly, the culture of democratic exchange of views - of dialogue and debate - has declined. In this regard, it suffices to recall any one of the Parliamentary sessions in recent times and compare it with the quality of debate obtained even a quarter century ago. Informed debates have been displaced by a war of wills meant to result in victory or defeat. Lack of space does not permit any detailed examination of specific instances, especially those pertaining, but not limited, to JNU and the University of Hyderabad.

My four decades of experience in higher education convinces me that the freedom of expression in academia should not be discussed in isolation from the level of human development through higher education. Universities must be seen as domains where significant ideas are generated and expressed. Nurturing a culture of rational and responsible thinking should be their bottom-line mandate. It is for want of this that universities tend to become battlegrounds.

Intellectually it is dishonest to idolise freedom of expression without any regard to duties that go with expressing oneself in public.

Perhaps the most worrisome development vis-à-vis universities in recent times is the intrusion of the authoritarian element. The 'authoritarian', it needs to be noted, rises in the wake of the degeneration of authority. Intellectual and creative life is incompatible with coercion of every kind. But this pathological development cannot be understood aright unless we reckon the vicious cycle of which it is a part.

Erosion of the academic sobriety of universities - the dilution of their academic essence - paves the way for the abuse of freedom of expression one way or another. This, in turn, activates and legitimises authoritarian responses from officialdom. This authoritarian aberration provokes rebellious vanities all the more, and invests them with the romanticism of disruption.

The question could well be asked: 'Shouldn't university students, who will be called upon to steer the ship of state in the near future, be schooled in the politics of their times? Is not education a political project?'

I am fairly convinced that what serves the students and the nation best is the all-round development of their personality and intellectual resources during their university days. This calls for engaging with real-life issues. But it has to be an academic engagement, not ideological confrontation that generates more heat than light.

The time for action, or fulltime activism, will come. In life and in nature, there is a time to wait, and there is a time to act. Wisdom lies in knowing what to do, and when. Violence denotes a failure of social imagination. It points to our emerging poverty in human resource development.

That, I believe, is the core issue. The undermining of freedom of expression is a symptom of this generic disease. It is the disease, not its symptoms, we need to address.

Beef festival:
Youth Congress, trying to outdo pro-LDF students, slaughtered a cow in the open in Kannur in July last year. Police booked 16 YC activists under IPC Section 428 and section (ii) of the Prevention of Cruelty to Animals Act 1960.

SFI double talk:
The Students Federation of India, which is pro-Ambedkarite at Hyderabad Central University, doesn’t spare anyone who tries to set up an Ambedkar forum in Kerala, where they seek to enforce their hegemony.

No Baba, go back:
JNU students opposed invite to Baba Ramdev for keynote address at 22nd International Congress on Vedanta in December 2015. The administration succumbed to JNU Students Union demand and revoked the invite. This was after a poster was printed with the Baba’s name on it

Kanhaiya gets it for opposing hanging:
Kanhaiya Kumar was held for sedition for protesting the hanging Kashmir separatist leader Afazal Guru. ABVP activist Kuldeep Varshnay offered Rs 5 lakh as reward to anyone who cut off Kumar’s tongue. Embarrassed, Parishad expelled the activist.

(The writer is author of ‘On a Stormy Course’, which focuses on his years as the principal of St Stephen’s College of University of Delhi from 2008 to 2016)