Research has shown that Indians figure high on the obesity chart. There is a also higher prevalence of central obesity in Indians. 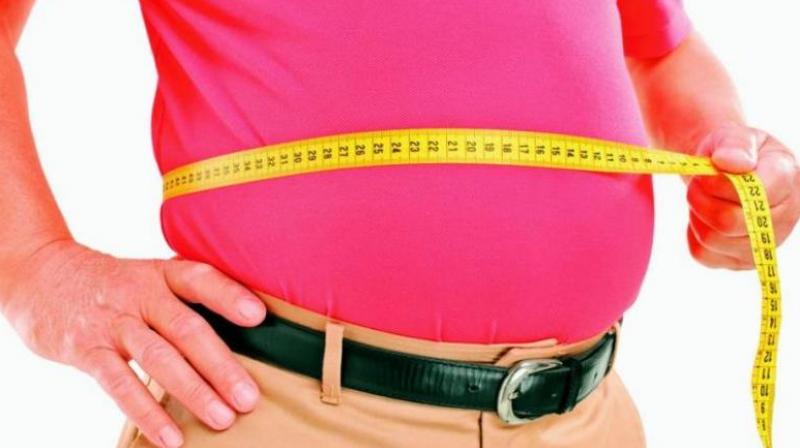 Pride at having a big belly has been replaced by the six-packs of the metrosexual male. The affluent began cutting flab with the of help of dieticians and gyms

Medical studies describe it as body fat which can hurt a person’s health. India and China have the highest number of obese children in the world. If on the one hand, we see an alarming spike in obesity levels in developing countries, on the other, we have a growing obsession with body image. Hence, how we look matters a great deal.

The next time you stand on the weighing scale to check your weight, don’t forget to pull out the measuring tape and check your bulging waistline as well. We all know that tummy consciousness cuts across nations and classes. It’s no secret that a protruding tummy is often considered a social embarrassment. However, a majority of men in Indian households see it as a sign of prosperity and marital bliss.

A new study published in the journal Frontiers in Public Health suggests that the number of people who fall into the “overfat” category in the top 30 industrialised countries, are more than all of the obese and overweight people in the world. In fact, the journal’s findings claim that an estimated 90 per cent of the men and 50 per cent of the children in the US, New Zealand, Greece and Iceland are overfat. Researchers found that 80 per cent of the women in these countries were overfat too.

“Overfat” is a term used to describe body fat levels that can actually imbalance a person’s health. People with “normal weight” or “non-obese” by traditional standards, too, can fall in the overfat category, which consists typically of people who have the proverbial beer belly or potbelly, but are otherwise in decent shape.

In fact, abdominal fat is one of the most dangerous kinds of fat one can have. Unlike your love handles — the pinchable fat right beneath your skin — abdominal fat is in your stomach area and grows deep inside your body. It wraps around your vital organs. Your liver borrows this fat and turns it into cholesterol that can sneak into your arteries. If your arteries start to harden, this can lead to a heart attack or stroke.

In the past, several technologies were used to tackle obesity, each promising obesity control and fat control in a short span of time. As to how effective they were, and the hidden dangers, it is anybody’s guess.

Being overweight imperils your health in many ways. But what is not so commonly known is that one of main fallouts of obesity is skin ailments, which people mostly neglect to treat. Besides the elevated risks for heart disease, diabetes and certain types of cancer, excess weight also adversely impacts the health and appearance of your skin. The body that carries too much weight can lead to insulin resistance. When this happens, darkened, velvety patches called acanthosis nigricans can form, especially in areas where the skin folds and overlaps like the knees, elbows, groin, armpits, underarms and neck, even prominent marks on the face. Weight loss can improve the appearance of acanthosis nigricans.

Obesity can lead to extremely dry skin and impaired wound healing. Incidence of acne or pimples, pigmentation problems like melasma and hirsutism is high in obese patients, especially in females who have associated polycystic ovarian disease because of hormonal imbalance, again due to obesity.

Stretch marks are another area of concern as they are extremely difficult to remove, even with the latest lasers and technologies available to us. Fungal infections as well as chronic skin diseases like psoriasis and venous leg ulcers are high in overfat individuals.

Research has shown that Indians figure high on the obesity chart and have some of the highest rates of diabetes. In fact, there is a higher prevalence of central obesity in Indians as compared to Caucasians.  Globally, among children under five years of age, at least 41 million were found to be obese or overweight in 2014.  The WHO report suggests it is rising at a frenetic pace in all developing countries. Between 1990 and 2014, the number of overweight children has more than doubled from 7.5 million to 15.5 million. In 2014, almost half (48%) of all overweight and obese children under 5 years age lived in Asia, and one-quarter (25%) in Africa. Technology today is often used as a band-aid solution for tackling problems. But there is a lack of awareness among people about the latest technologies. Blaming inactivity on technology is an excuse to ignore personal responsibility. Today there are wonderful technologies that can be used to encourage physical activity and prevent obesity. But most importantly, technology can help boost low confidence and improve body image issues, which could lead to many other physical and mental and problems.

China and India have the highest number of obese children.
90% men
80% women
50% children
In the U.S., New Zealand, Greece and Iceland are overfat.

China and the US have the highest number of obese adults.
China and India have the highest number of obese children approx 3.4 million.
Adults succumb to obesity and related diseases. Over what time period?
Obesity is increasing at almost double the rate in the past 20 years
Heavy Duty Affair
The latest New England Journal of Medicine states that in 2015 603.7 MN/adults
& 107.7 MN/children

Weight Watch
Obesity is measured by Body Mass Index (BMI). People are considered obese when their BMI, a measurement obtained by dividing a person's weight by the square of the person's height, is over 30 kg/m2, with the range 25-30 kg/m2 defined as overweight.
High BMI causes leukemia and several types of cancer, including cancers of the esophagus, liver, breast, uterus, ovary, kidney and thyroid.