A protruding belly was a sign of prosperity and power, but today it is a social embarrassment across nations and classes. 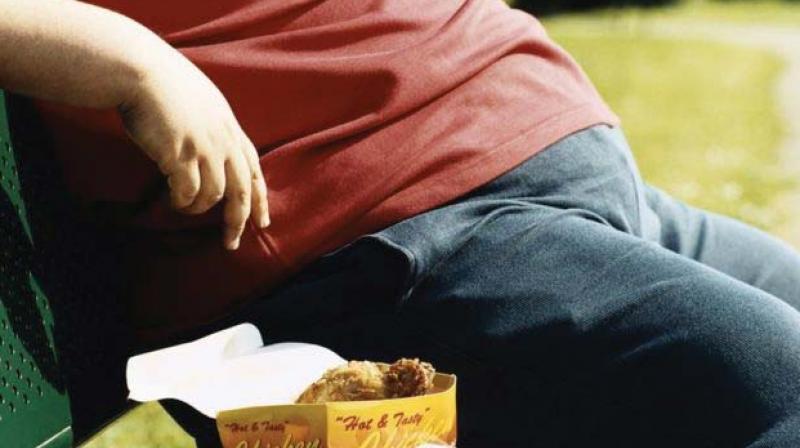 A protruding belly was once acceptable, if not a matter of pride (Representational Image)

If you think Pot-Wheat-Pear-Beer is an exotic cocktail, you are likely to be a man! These are types of bellies, often used in the context of men. For women, there are many other areas of their bodies to be concerned about. Lately, men seem to be embarrassed about their increasing waistlines and are attempting to become flat and fit. But this male embarrassment and guilt at the big belly is a recent phenomenon. A protruding belly was once acceptable, if not a matter of pride.

Bollywood is witness to this claim. There is no dearth of examples in the history of Hindi cinema. A lead actor with his young son, showing-off his rounded physique above stripped kachha trunks, singing Thande-thande pani se nahan chahiye, was a hit in the ’70s! One could argue that Sanjeev Kumar’s acting prowess was belittled by his belly. On the contrary, the belly was part of being desirable. Actors from the Kapoor clan, including the legendary Raj Kapoor in Mera Naam Joker, or Rishi Kapoor in Chandni, charmed audiences in spite of their paunches. A protruding belly was a symbol of prosperity and power. Flat abs were not desirable in the industry then.

Then how come in the last decade or so, shame rather than pride is the emotion associated with large male bellies? Pride at having a big belly has been replaced by the six-packs of the metrosexual male. What factors steered this change?

Reasons are largely structural and social. First, obesity, which was once a sign of wealth and prosperity, became more pervasive among the urban and even rural middle class due to the rapid transformation from an agrarian to an urban society. Rising income levels and sedentary lifestyles played their part too in this equalising process.

Then, the affluent began cutting visceral flab with the resources at their disposal like dieticians, gyms, slimming and beauty centres and medical technology, all of which became booming industries in early 2000.

I argue that the demand among men for slimming is essentially fuelled by changing relationship dynamics between the genders.

More women in the work force during and post liberalisation meant not only financial independence but also a part in decision making. Also, pro-women legislations in the last decade challenged the patriarchal hegemony of Indian society. Legislation such as the Hindu Succession (Amendment) Act 2005, ensuring equal rights for daughters in their parental property; the Domestic Violence Act, 2005; the Sexual Harassment of Women at Workplace (Prevention, Prohibition and Redressal) Act, 2013 and the Maternity Benefit (Amendment) Act 2017, are game-changers in giving women the negotiating power in various relationships they had with men in their eco system. A recent advertisement of an international washing machine brand is a testimony to this. A wife wittily tells her oversized but exercising husband that if anything was going out of shape, it was not his expensive shirt! She insists he keep cycling ruthlessly dismissing him for working out for six months while he solaces his gigantic tummy! The assertiveness and aspirations of women about a fitter body has spilled over to the men — husband, son and boyfriend!

Male celebrities that did an image make-over by shedding excess bulges and belly, like the singer Adnan Sami, business czar-in-the making Anant Ambani and Maharashtra’s Chief Minister Devendra Fadnavis, have one thing in common — a woman —  wife or mother — who walked the talk herself. Roya Faryabi, Neeta Ambani and Amruta Fadnavis’ oomph factor motivated their menfolk to transform. Men are now playing alongside women in getting in shape. When relationships were unequal and weighted towards men, bellies flourished, but assertive women are no longer willing to put up with ugly flab in their menfolk.

Men have much to gain and little to lose in the deal, other than loose pants and losing their bellies.

(Dr Jaya Goyal is a social scientist with a PhD in Social
Science. She has worked and written on public policy on
health, nutrition, outcome budgeting, social audits and caste reservations in higher education)