Discourse   08 Oct 2018  Your silence will not protect you
Discourse

Your silence will not protect you

There is already an insurgency in the making against the existing patriarchy. We will lose more battles than we can win. I only hope dissent spreads. 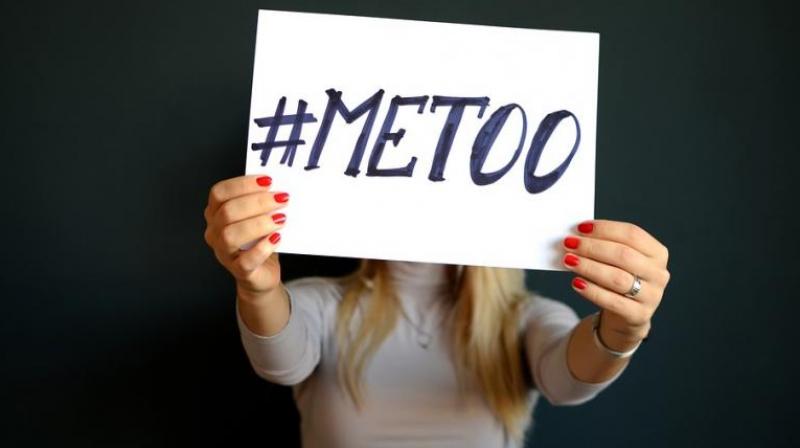 Twenty-six years before the #metoo movement, there was Anita Hill and her brave testimony. (Photo: Pixabay/Representational)

The victim who is able to articulate the situation of the victim has ceased to be a victim; he or she has become a threat. — James Baldwin

On September 27, like millions of women in the United States I watched Dr Ford testify about the incident that traumatised and irrevocably changed her life 27 years ago. The man who attacked her, Brett Kavanaugh, a United States Circuit Judge, is in the process of being confirmed to the US Supreme Court. Despite her courage and credible testimony, as opposed to Brett Kavanaugh’s aggressive testimony, lack of credibility, lying under oath consistently, angry tantrum, and overall behaviour that fell short of judicial probity, Republican senators have advanced his confirmation. Yet again women and our right to basic dignity did not matter to the political class. The semblance of farce once used to cover the ugliness of patriarchy and misogyny was now gone. In an earlier interview, Dr Ford notes, “Why suffer through the annihilation if it’s not going to matter?” Yet, that was exactly what transpired. She suffered and relived her trauma again, only to have her voice silenced.

When women, even “perfect-credible experts” like Dr Ford are not heard, where does that leave millions of women who have suffered and continue to suffer sexual assault and violence, who do not have the comfort of class, and racial privilege?

Twenty-six years before the #metoo movement, there was Anita Hill and her brave testimony. In the opening pages of Hill’s memoir, Speaking Truth to Power, Senator Heflin asks Hill, if she took, “all steps... to prevent being in the witness chair today?” The burden, it was implied, was on the woman to take steps to prevent a harasser. Hill writes that she “felt like a child who was being chastised for wandering into traffic”. But Hill, when she testified was not a “child”.

She was an accomplished attorney and academic, she had graduated from Yale Law School with honours and had an impressive career as lawyer and public servant. Reading her powerful narrative it became clear that the hearing was not meant to judge whether the man she accused, Justice Clarence Thomas, was suitable to serve in the Supreme Court; it became a witch-hunt to prove that Hill was lying about the sexual harassment. And Hill paid the price, with her name becoming synonymous with sexual harassment. But she also became an icon of moral courage, and what it means to speak the truth, even if it meant her absolute annihilation.

Despite the ubiquity of this violence, we still refuse to believe women, listen to women and stand up for women. Everyone I know knows someone who was sexually assaulted. A small percentage of them chose to confront these men, and a fraction of them went ahead with official complaints. Only one of them filed formal charges and went to court. While acquitting this man, the Delhi High Court declared in an appalling judgment that “Sometimes a feeble no, means yes”.

We are taught early on that telling our stories, narrating our pain won’t change the status quo. A mere function of asking for what is rightfully ours can often destroy us. Helene Cixous writes, ‘I didn’t open my mouth, I didn’t repaint my half of the world. I was ashamed. I was afraid, and I swallowed my shame and my fear.’

Margaret Atwood, writing in Second Words (1983), narrates the incident when she asked a male friend why men felt threatened by women. He replied, “They are afraid women will laugh at them and undercut their worldview.” She then asked her female students why they feel threatened by men. They answered, “We’re afraid of being killed.”

As women, we are taught to live with misogyny early on, in our homes, by those, we call our family, in schools, and in public spaces. To understand how a society treats its women, you first have to understand how and why they are raised, and what roles society envisions for them.

It is the unspoken rituals and conventions, upheld, performed and repeated that informs everyday behaviour, habits, and symbols. These symbols are benchmarks that children learn growing up, and this is how the cycle of outdated social mores, inequality, misogyny, sexual violence and trauma are inherited and perpetuated. Our salvation lies in speaking, despite the great harm that awaits us.

In the United States, India, and countries around the world, the theory of justice is being rewritten. This is the beginning of a million mutinies on the cusp of sparking a revolution. Not in the assemblies of men, but in the streets and in virtually mediated space by a generation of women who no longer speak or trust the language of institutions.

There is already an insurgency in the making against the existing patriarchy. The days, weeks and months to come are going to be hard and complicated. We will lose more battles than we can win. I only hope dissent spreads. That as women we stand in solidarity with each other and make sure that this impunity of patriarchy and misogyny is burnt to the ground.

Let us burn this down, and build anew!

(Suchitra Vijayan is a barrister and writer. She previously worked for the War Crimes Tribunals for Yugoslavia and Rwanda and ran a legal aid clinic for Iraqi refugees in Cairo. She currently heads The Polis Project, a humanities collective and research centre in New York)