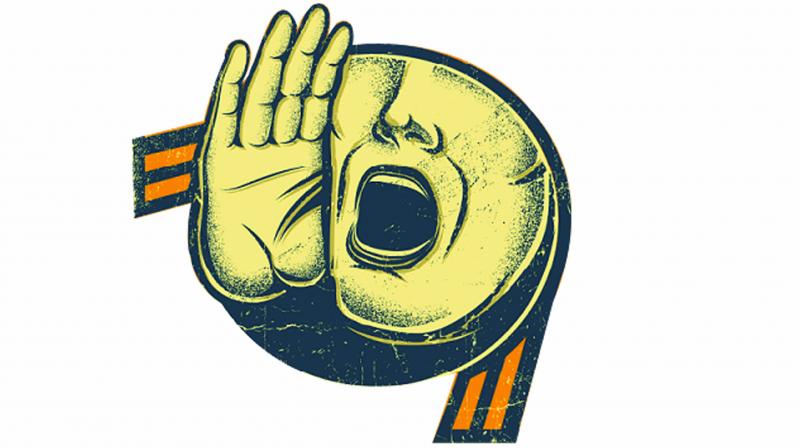 Ankit Saxena, just 23, was killed outside a metro station in New Delhi. The alleged killers were Muslim and were angry with Ankit for courting a young woman from their family. In retaliation, Hindutva organisations have imposed an embargo on the killers’ extended family even though the brave young woman is standing up for justice.

This is not an exceptional case but an addition to the several killings that have happened in India as hate-mongers freely roam in society and on social media. A deep-rooted hatred exists in the hearts of Hindus and Muslims against each other since the time of the British Raj in India. The post-independent leadership achieved remarkable success in de-polarising the post-partition society. They attempted to weave a secular fabric among communities for almost half a century with partial success. However, religious organisations steadily cemented their respective population’s identities based on faith as practice and propagation of any faith as a fundamental right under the Indian Constitution.

The consolidated religious identities resulted in a fanatic creation of pride for oneself and hatred for the ‘other.’ Pride and hatred have replaced shared principles of co-existence and everything of the ‘other’ becomes intolerable. This intolerance led to 28-year-old techie Mohsin Shaikh losing his life in 2014. Members allegedly of the Hindu Rashtra Sena (Hindu National Army) bludgeoned him to death as he emerged from a mosque after his evening prayer. His appearance as a Muslim bearded believer was not acceptable to the mob in a suburban area of Pune - a city known for its strange culture of religious conservatism and social reforms.

The same city had experienced one of the most sensational killings in 2013 when a popular rationalist, Dr Narendra Dabholkar, a Hindu by birth, was shot dead by Hindu fanatics. It was followed by the murders of an octogenarian leftist leader, a literary doyen, and a radical woman journalist, in the same fashion and allegedly by the same group. The conservatives hated them because they fought against superstition, caste-based hierarchy, patriarchy and communalism and considered an assault on the faith of the majority. Thus, along with the ‘other’ who have not been in the business of questioning the belief system of the majority, the reformers, born in the same community, are at the receiving end of religious conservatism.

It could have been argued that countries like India and regions like West Asia are facing a post colonial syndrome, but for developments in the West. Physical assaults and killings based on religious and race hatred are consistently on the rise in the motherland and fatherland of the democratic order, i.e. the United Kingdom and the USA respectively.

The phenomenon has spread across many European countries, threatening a long phase of peace and progress that began after the second world war. While political beneficiaries of the hate upsurge call it a nationalist tide, the nationalism in consideration here is too narrow to accommodate religious, racial and linguistic minorities. Principles of secularism, democracy and rule of law had taken root in the West in not so multi-cultural societies. A broadly liberal democratic dispensation was successful in warding off the sectarian-authoritarian threats due to a mix of post-war reconstruction of the economy and social security based welfare programmes. The system created through it tackled the issue of poverty and unemployment rather successfully. This has kept people’s faith in a liberal democratic order intact.

In the process, as an economic necessity and out of liberal principles, many western countries invited skilled, semi-skilled and unskilled workers from other countries. This was the period when the West was still the manufacturing hub of the world. However, as industries shifted to the east and south of the globe, western societies confronted two roaring issues. First, the integration of the migrants in society, and secondly, the depleting job opportunities for everyone in the country. The cheap labour elsewhere created job shortages in the West. The resulting unrest has found easy targets in its own society. European societies are struggling to genuinely transform into a multi-cultural order. The situation is deteriorating further as stakeholders in the system are unwilling to shoulder responsibility of what is happening and why it is happening. It will have implications for rapidly developing economies like India.

Global capital has created a huge reserve army of workers by sustaining agricultural distress in developing countries. India is currently undergoing this crisis, resulting in mass migration of agricultural workers to urban centres. The intensity of the crisis is so deep that the government sponsored programme of 100 days job guarantee to one person of a family has failed to arrest migration. The fluid migrant population is easy prey for social mobilisations and hate campaigns. The widespread uncertainty about employment has ghettoised people into communities, which act as a support system to each other and a bargaining block vis-a-vis the State.

Today’s India consists of multi-layered blocks of communities. The largest of them are formed on the basis of religion, while blocks within consist of caste, sub-caste and regional identities. Each block carries a grievance of injustice done to it by the ‘other,’ either in the past or in the contemporary phase or both. Each block has developed hatred against at least one ‘other’ block. It is a serious setback to the project of building an Indian nation state. In an essentially multi-cultural society like India, principles of secularism, democracy and rule of law were considered as the main constitutional pillars of the nation-building exercise. However, many social blocks have scant regard for such principles, thus justifying violence against the ‘other.’

With the State increasingly controlled by a conservative Hindu majority group, the chances of perpetrators of violence being awarded are more than of them being lawfully punished. Tackling such a situation through legal methods and social movements is an effective but not adequate measure. These could only be supplementary efforts to the booming economy with distributive principle. With such a scenario not in sight, the future looks gloomy, if not doomed.

(The author is academic head of the School of Government, Maharashtra Institute of Technology, Pune)