Scientists must step out of their cocoons to dispel fake science. 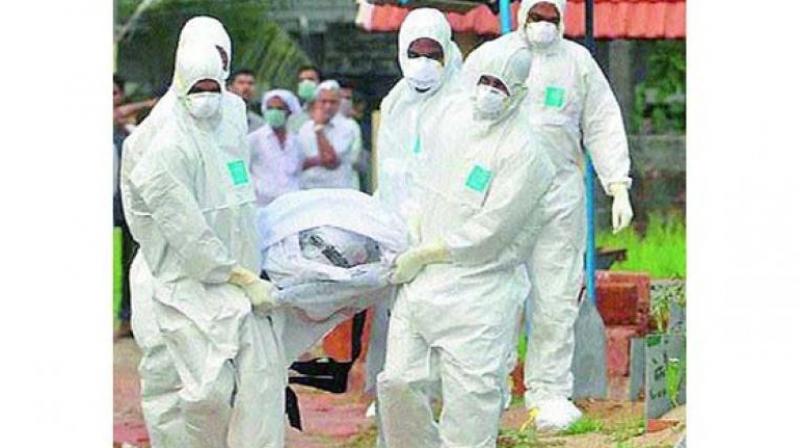 Trustworthiness of the source of knowledge is all important. Both the producer of knowledge and the knowledge thus produced must submit to frequent interrogations, reevaluation or revalidation. Without which, knowledge becomes dubious. This is what happens to pseudo science on social media

And that reason is predicated on our (read ‘non-scientists’) understanding of what is science. For many of us, science is a body of knowledge (more like a bag of information) produced by some people (scientists) who employ some kind of method. The product of the method is scientific knowledge.

Several aspects of this picture include:

Some examples that are trotted out include the sun-centric astronomy, or the theory of evolution, or the modern atomic theory, or the general theory of relativity. So far, we are merrily going along with an interesting picture that many scientists and some scholars of history and philosophy of science still endorse.

Typically the discussion, about scientific knowledge and its method and its certainty (probability) and truth, primarily within the academia investigating science and technology and modern-day techno-science (a hybrid form of knowledge and with hardly a concern for certainty or truth or a unitary method) has focused on scientific community and its activities.  And for good reason.

If we want to know what kind of knowledge science produces and how it produces and who are involved in such production, we need to look at the scientific domain.

It is here that Science and Technology Studies scholars have produced very substantive insights. Some of these insights include: probably there is no unitary method in science, that scientific knowledge is provisional and probabilistic and subject to change given evidence; there is peer review thereby ensuring a critical and social engagement by the members of the scientific community, and yet scientists can sometimes be quite dogmatic and orthodox. In short, science is a social enterprise.

That scientific knowledge is produced through a social (peer review) process will throw up interesting questions about the logic and content of such a social process. Thus, within the scientific community, a piece of knowledge is employed for subsequent knowledge generation.

One may read a research paper, monograph, textbook and other books and take the claims in such repository as a starting point. We can call this testimonial knowledge. Prima facie, validation and acceptance of such knowledge are based on how and to what degree scientific community approves of such knowledge.

Then begins one’s search for new knowledge. In the process, knowledge is often reproduced, retested, and is an important input for further knowledge generation work. This is a crucial reevaluation aspect of scientific knowledge.

Testimonial knowledge is ubiquitous. We, as social beings and also probably as biological beings, cannot survive without testimonial knowledge. We learn a lot from our parents, siblings, relatives, teachers, peer groups, books we read, TV programmes and movies we watch, what is on our WhatsApp, emails and so on.  Some of these become a part of our learning by virtue of our use and reuse of that knowledge.

Failures in certain cases of such knowledge claims refashion our learning and knowledge. And this is new learning and new knowledge. This is made available to other members of society in a variety of ways. The claim is not that whatever knowledge we acquire this way is reevaluated but we have good reason to believe that these are reevaluated and reemployed by others whose competence and expertise we trust.  Thus, a crucial component of testimonial knowledge is trust. Putting it differently, we learn from trustworthy sources and this trustworthiness of the source is not a one-shot ascription by the receiver of the knowledge or information. It is a continuous process.

In the Nyaya tradition of Indian philosophy, a trustworthy person capable of disseminating knowledge is known as Apta. And one who might have been Apta earlier might cease to be so later. This is primarily because the knowledge disseminated by the alleged Apta is not reusable or has led to failure as a result of use of the same. This brings us to something that is interesting and important. Both in the scientific domain and in the day-to- day domain, testimonial knowledge is sine qua non and both show that such knowledge is disseminated by a reliable source or Apta.

Both require continuous revalidation through (re)employment.

This may contain a kernel which may help us get a better grip of the method of knowledge acquiring, validation and also new knowledge generation.

If the above has some plausibility, then we can begin to see why logic simpliciter or social consensus simpliciter cannot underwrite an account of the method of knowledge production and validation. Knowledge produced in science or in other social domains need not be certain and true but need to be probable or workable and open to modification and reconfiguration.

The last point that needs to be made is that this workability needs to be expressed as some form of evidence for or against the knowledge received.  Without that any piece of information one receives becomes a candidate for knowledge. Trustworthiness of the Apta is only a starting favourable evidence. A knowledge seeker needs to reemploy that information in different contexts and produce new workable knowledge. WhatsAppists merely relay the information, conjured by some content producers, to others and that is hardly a basis for validation for the receiver or the relayer no matter how Apta, that producer may seem.

(The author is Professor, Department of Philosophy and Centre for Neural and Cognitive Sciences and Centre for Knowledge Culture and Innovation Studies, University of Hyderabad)