Neuroscientists are racking their brains the world over trying to identify what causes diseases of the brain. 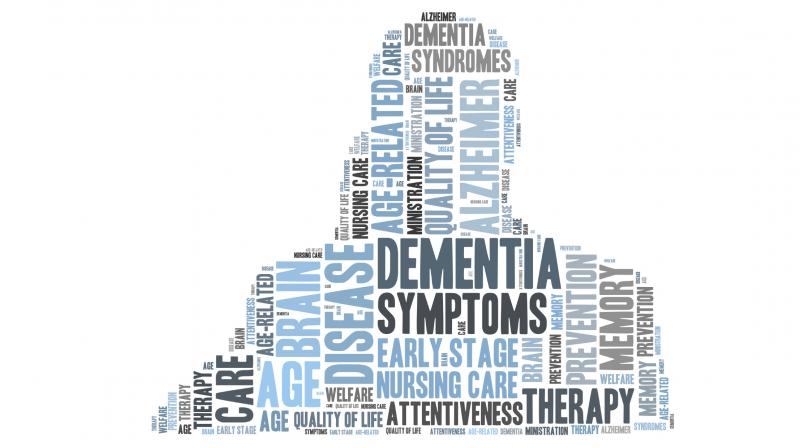 It’s desirable to live longer and healthier but an ailing brain can make a mess of our lives as we grow older. The villain of the piece is dementia, which impairs one’s cognitive abilities. Once stricken, there is no return. Family and friends watch helplessly as the victim fades away.

We have made great strides in treating heart diseases, cancer and such catastrophic illnesses, but the diseases of the brain still belong to the realm of relatively unsolved mysteries. This is not surprising considering that the brain and its mechanism are the most complex entities in a body. Yet, our credibility of the understanding of human physiology is questioned by “how much we know about the mammalian brain and its functions?”

A mother returns disheartened from a neurologist as she hears “No” for an answer to whether there’s a cure for her child’s cerebral atrophy. Furthermore, Alzheimer and dementia are treated symptomatically.

A recent report states that the prevalence of dementia is somewhere between five per cent and seven per cent globally among people aged over 60. Over the age of 85, between 25 per cent and 50 per cent of people are estimated to have symptoms of dementia, such as Alzheimer’s.

Worldwide, the economic impact of dementia is almost a trillion dollars a year. Not included here is the crushing emotional toll these diseases take on family members as they watch loved ones slowly fade away and become almost strangers. In view of the great toll neurodegenerative diseases are taking on our population and our healthcare budget, it is vital that we gain greater understanding of these disease processes, especially of the changes occurring at the molecular level in crucial regions like the synapses. (Synapse is the junction between two nerve cells, consisting of a minute gap across which impulses pass by diffusion of a neurotransmitter.)

The pathologic changes that occur in these diseases are, of course, a lot more complex than just what occurs at the synapses. A research team at the prestigious Massachusetts General Hospital states: “In Alzheimer’s disease, glial cells (cells surrounding neurons) derived from mesoderm (one of the three primary germ layers in the very early embryo) function as scavengers in the nervous system. These cells accumulate near amyloid with mutations in them enhancing the disease.

“The inability to scavenge the produced amyloid plaques causes events that further affect the cells, leading to damaging inflammation; in Parkinson’s disease, activated microglia are stated to be high in the damaged brain structure.”

Scans have been reported to show serious “inflammatory microglia early in the course of the disease, and evidence suggests that the same sort of ‘double-edged sword’ situation seen in Alzheimer’s disease also occurs in Parkinson’s.”

Though much of this may sound like Greek to those who are not directly in the field, this should give us an indication of the tremendous complexity of the challenges facing medical researchers in this field. No one fully understands what causes the dreaded neurodegenerative diseases like Alzheimer’s. It is believed that there may well be a genetic component to it. A combination of genetic, environmental and lifestyle factors has all been suggested as contributors to the onset of this illness.

The question is why Alzheimer’s strikes older people more. Age-related changes have been reported to include the shrinking of parts of the brain, inflammation, unstable free radicals, and a breakdown of energy production within a cell. Understanding how one goes from this to the dramatic changes that occur in a beloved relative, to ultimately losing her/him while being still physically present, is the great challenge facing researchers in the field of Alzheimer’s disease. Spectacular advances have been achieved in this field in recent years. One of the most prominent findings in Alzheimer’s disease is the development of aberrant proteins as plaques and tangles. Advances in brain imaging techniques allow researchers to see the development of abnormal proteins in the brain. Scientists are also exploring the very earliest steps in the disease process by studying the changes in the brain and body fluids that can be detected years before symptoms of the disease appear. Findings from these studies could not only make diagnosis easier, but even help understand the cause of the disease, the Holy Grail for researchers on any illness.

Another approach to understanding complex disease processes has been to try to gain an insight into how animal nervous systems evolved from simple structures to become a complex network, transmitting signals between different parts of the body.

A promising example is a new study at the University of Exeter, using simple multi-cellular organisms to reveal the beginnings of the nervous systems found in more complex animals.

With the BRAIN (Brain Research through Advancing Innovative Neurotechnologies) Initiative in various countries, we are making progress, though in reality, we may still know only a small percentage of the brain’s complex chemistry. A very hopeful sign has been the increasing interest students in universities have been showing in pursuing neuroscience as a career.

What is required is active support from the government for continued research in the neurosciences.