Age of juvenile detention: Intervention among kids in conflict with law

The Justice Juvenile Act permits a child in conflict with law, who is above the age of 16, to be tried as adult. 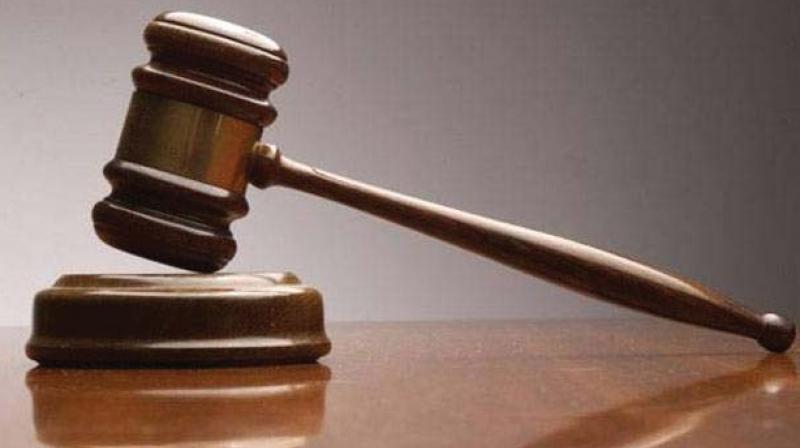 Unfortunately after 25 years of endorsement of UNCRC majority of our children face abominable and excruciating situation in their day today life.

A child came from Badaun village in Uttar Pradesh moved to Delhi Suburb when he was 10 years old. He was coming from an impoverished family. He was a dropout from third standard. His father deserted the family when he was very young. The national capital received him like all other streetchildren. (Based on an unofficial survey, around 1,00,000 children are living in streets in Delhi alone) Every day that child confronted different types of abuse and exploitation. He underwent severe physical emotional and sexual abuse from adults during his days in the street. Dhaba owners did not pay him for his work nor did the rag-picking dealers who trickily caught his property in little trifle. He grew up pathetically where he was abused physically, emotionally and sexually. You know him … he learnt more and more through his experience from the street.

Officially or unofficially no one came to his unsafe and rough life until that diabolical rape and fatal assault that occurred on December 16, 2012, in Munirka, a neighbourhood in South Delhi. That day our nation started to call him inhuman and notorious criminal… Movements for 'women protection' were organised not only in India but across the globe. But no one addressed the issues of vulnerable children at all. India enacted new Juvenile Justice Act in the year 2015 on the light of New Delhi gangrape case. The age limit of the children in conflict with law, who are committing heinous offence, reduced from 18 to 16. It was a reversion of development in the history of child-related laws, started in 1869 in India.

India is a member country that ratified UNCRC (United Nations Convention of Rights of Child 1989) on November 20, 1992, which defines children as all persons aged up to 18 years. In the UNCRC, Article 19.1, “Child Protection has been defined as ‘States Parties shall take all appropriate legislative, administrative, social and educational measures to protect the child from all forms of physical or mental violence, injury or abuse, neglect or negligent treatment, maltreatment or exploitation, including sexual abuse, while in the care of parent(s), legal guardian(s) or any other person who has the care of the child’ and ‘Such protective measures should, as appropriate, include effective procedures for the establishment of social programmes to provide necessary support for the child and for those who have the care of the child, as well as for other forms of prevention and for identification, reporting, referral, investigation, treatment and follow-up of instances of child maltreatment described heretofore, and, as appropriate, for judicial involvement’.”

Unfortunately after 25 years of endorsement of UNCRC majority of our children face abominable and excruciating situation in their day today life. Nine-five per cent of ‘children in conflict with law’ are from a despicable social and familial background. Parliament has enacted various laws and policies as well as introduced certain programmes and schemes for child protection. But implementation level of schemes for the poorest children is also very poor because the children are not a vote bank or negotiating group in India. (The tragedy of the programme is poor implementation).

Juvenile Justice Act 2015
Indian history of Juvenile reformation started in 1869 to youthful offenders detained in Reformatory Schools in British India. Institutionalised reformation gradually transferred to non-institutional rehabilitation as well as need based approach shifted to rights based approach. Present Juvenile Justice (Care and Protection of Children) Act was passed in 2015 and came into force on December 31, 2015, to whole India except the state of Jammu and Kashmir. The JJ (C&P) Act, 2015 provides provisions for both children in conflict with law and children in need of care and protection. The major highlight of the new Act is it permits child in conflict with law, who has completed or is above the age of 16, to be tried as adults for heinous offences (under section 16(1). It was an end result of protest movement spread all over India owing to gangrape incident in Delhi. This particular amendment shook the audience who expected a reformatory approach from the legislature. According to them, it not only violates Article-14 of the Constitution, but beats the purpose of the Indian justice system with regard to juveniles i.e. to bring reformation and rehabilitation. Though around 90 per cent of the brain gets developed by the age of six, but the fine-tuning and cognitive maturity of the brain continues breaking the barriers of such age bars. Under this legislation, a preliminary inquiry will be conducted by the Boards to determine whether a juvenile offender is to be sent for rehabilitation or be tried as an adult.

Section 19(3) says that the inquiry will be assisted by experienced psychologists, psycho-social workers and other experts. This provision may affect the presumption of innocence and lead to disproportionate procedure and arbitrariness under the constitution. In addition many states in India has not yet constituted juvenile justice boards, children’s courts, child protection units and special juvenile police units for implementing the Act. And most state governments failed to address to arrange adequate and suitable special homes, observation homes, place of safety and after-care homes for children in conflict with law. This brings out the poor state of implementation of the JJ (C&P) Act 2015 in the country challenging the basic rights of the child.

Children in conflict with law are vulnerable and exposed to varied problems at individual, family, school and in society.

Children undergo multiple problems that need to be addressed by a multi disciplinary team that high lights the need of inter sectoral approaches. Young people are easier to reform through familial and community based intervention. It shall help for a crime free society in future.

Kerala with the support of Nimhans initiated the ‘Kaval’ programme to develop skills among the stakeholders working with children in conflict with the law by providing psychosocial interventions towards their social reintegration. The Juvenile Justice Board, Special Juvenile Police Units, District Child Protection Units, District Legal Services Authority, Education Department, NGOs, etc., are sensitised on the needs of these children who are in conflict with the law. A 15-day training is also imparted to these stakeholders. Each person who comes into the juvenile justice system undergoes a psychosocial assessment to identify the psychosocial problems of the children. This is followed by getting the individual adapted to the care plan of the counsellor with the support of the NGO. The cases of children are transferred by the Juvenile Justice Board to the NGO through the District Child Protection Unit for psychosocial intervention. The care programme for these is implemented at four levels: Individual, family school/community, programme and at policy level.