Literature can’t take down racism... there is a “little white man deep inside us all”. 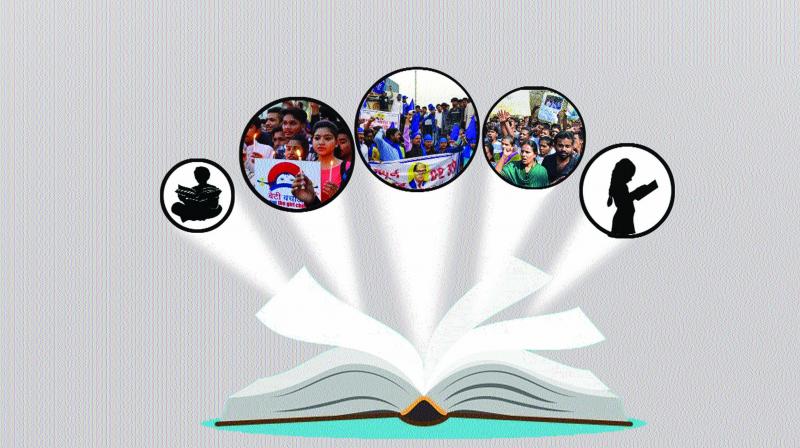 Morrison observed that at the height of slavery and abolitionism in 1850, American writers were writing romance.

It is a fairly common notion that reading will make you a better person, where “better” stands for more open-minded, empathetic, or egalitarian. Countless studies, using psychological and cognitive tests as well as brain-mapping, have made this claim, particularly in relation to literary fiction. The argument goes that readers of novels are habituated to sympathising with various points of view and are thus more likely to see the validity of multiple perspectives. And that in elaborating the inner lives of characters, novels enhance our ability to empathise with mental and emotional lives different from ours. Simply put, literature humanises others.

This may be indisputable in a very broad sense, but the heart of the question of literature’s possibly radical qualities lies in its politics of representation. Nobel Laureate and American writer Toni Morrison’s thoughts on literary canon-formation are instructive here. In a 1988 lecture, Morrison claimed that foundational 19th century American literature is shaped by the booming absence of Afro-Americans, absences “so stressed, so ornate, so planned, they call attention to themselves”.

Morrison observed that at the height of slavery and abolitionism in 1850, American writers were writing romance. Where in these romances, she wondered, could an Afro-American presence be detected? Calling for a re-reading of these texts, Morrison speculated that the recovery of the Afro-American presences hidden in them-presences she termed “unspeakable things unspoken” — could reveal entirely different interpretations. She also offered a re-interpretation of Moby Dick, reading Melville as grappling with the savagery of white racial ideology. While Morrison’s “unspeakable unspoken” is not unique to American literature — similar observations have been made about Afric-an and Indian literatures — it hints at the complexities of the question at hand. Any idealistic notion of literature’s capacity to bridge racial divides must contend with the literary establishment’s entanglement in histories of racial exclusion and violence. As must writers of colour negotiating a self, formed in adverse relation to white Ameri
ca. As writer James Baldwin said of his own self-criticism, there is a “little white man deep inside of all of us”.

Baldwin was writing in the ’60s and the ’70s, but consciousness of the gulf persists. Working at a time of heightened racial violence and white supremacist sentiment, 21st century American writers of colour like Junot Diaz, Chimamanda Ngozi Adichie, Roxane Gay, Ta-Nehisi Coates, and Edwidge Danticat are writing about the police shootings, racial profiling, misogyny, anti-immigrant politics, and economic and environmental injustice of contemporary America.

In Between the World and Me (2015), a part-memoir, part-non-fiction narrative written in the form of a letter to his 15-year-old son, Coates describes how, as a black child growing up in Baltimore, he knew that his part of America, where his body was under constant threat from the police or from local gangs, was black, whereas the liberated part was not. And he knew that “some inscrutable energy preserved the breach”. Coates impresses upon his son that this breach is foundational to American life, and that its experience is violent and visceral. His book, he says, revolves around the question of how to live within a black body amid the violence directed toward it.

Coates also describes what appear to be his beginnings as a writer. When as a child he got into trouble at school, his mother made him write out answers to questions about his behaviour. Coates calls these his “earliest acts of interrogation”. “Your grandmother was teaching me how to ruthlessly interrogate the subject that elicited the most sympathy and rationalising-myself.” Analysing his actions in writing, the young Coates not only discovers his flaws and duplicities but also learns to read himself, to interrogate himself, in a neat encapsulation of what the book expects from readers-their own acts of self-interrogation.

Generating these habits of self-reflection might just be the most ‘useful’ of literature’s functions. But both its functions-learning empathy and self-reflection-are fairly neutral on content; neither would automatically imply a more racially just universe.

South African novelist J.M. Coetzee has spent his writing life staging self-reflections and self-interrogations in the context of race and colonialism. Coetzee, Nobel Laureate and two-time Booker winner, is hugely celebrated in the West. Disgrace (1999), his post-apartheid novel that places a professor of English literature in a bewildering racial landscape, shatters any illusions about the redemptive powers of literature in a context of racial and sexual violence. In fact, the character of Professor David Lurie is, if anything, an argument against literature, against the notion that close reading Lord Byron can have anything to do with ethical action. At the beginning of the novel, a lifetime of reading and writing has given Lurie neither empathy nor true self-reflection. As he flounders his way through a violent, profoundly unreadable racial and sexual landscape, literary education, with all its colonial entrenchments, appears to be precisely the wrong kind of education. In Disgrace, rather than being a site of enlightenment, literature emerges as an outdated mode of life. Coetzee’s novel may well be, among other things, a cautionary tale about overvaluing the reading/writing life. To be clear, this is not a call to shut down libraries, merely to make the point that while reading may well generate openness and empathy, given literature’s enmeshments with empire, we must handle arguments about its emancipatory potential with caution. Perhaps things will change as more and more literatures decolonise; until such time, we cannot count on literature to do the work of taking down racism.

(The author is a lecturer at Annapurna International School of Film + Media. She holds a PhD in English)