The issue of ‘tamperability’ of EVMs has been doing the rounds ever since they were introduced. 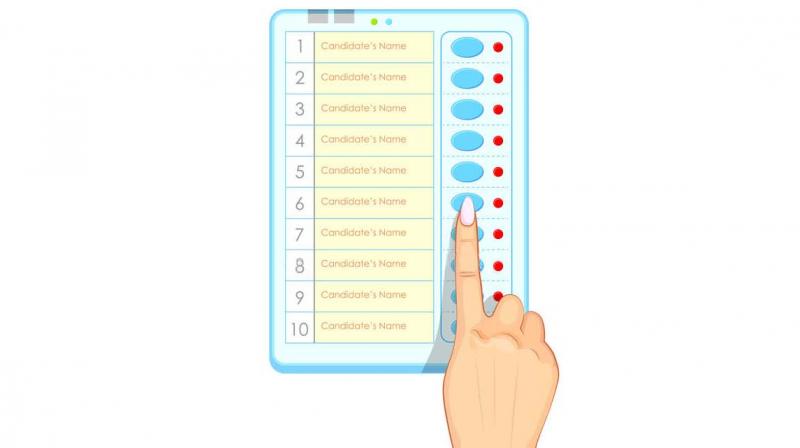 EVMs make the election process transparent. Counting is more efficient and the results can be declared in 3-4 hours instead of the traditional 30-40 hours taken to count votes manually.

Reports of malfunctioning Voter Veri-fiable Paper Audit Trail (VVPAT) in the recently-concluded bypolls for national and state Assemblies have once again raised questions about the credibility of Electronic Voting Machines (EVMs). In what is being seen as a huge setback, repolls had to take place in 73 booths of Kairana in UP, 43 booths of Maharashtra and one seat in Nagaland. The Election Commis-sion officials blamed the excessive heat for malfunctioning VVPATs which is surprising, because, when trials were held for VVPATs, they were subjected to all kinds of weather conditions. From the coastal conditions in Kerala to the excessive heat in Jaisalmer and extreme winters in Leh, the VVPATs have survived extreme weather conditions and any kind of malfunctioning was duly noticed and rectified by the Election Commission. The manufacturers have some explaining to do.

Let me point out two things. Firstly, it was precisely to remove doubts regarding the EVMs that VVPAT machines were introduced to provide voters with a means to verify that their vote was cast correctly and for the audit of stored electronic results. Voters can review a physical ballot to confirm their electronic vote.

Secondly, it was these VVPAT machines that malfunctioned in the recent bypolls and not the EVMs. While it is true that the EC officials should have replaced the machines within the stipulated timeframe of half an hour, there is hardly any cause to question the validity of EVMs.

The issue of “tamperability” of EVMs has been doing the rounds ever since EVMs were first introduced. Every time a political party loses an election, it blames the machine. However, none of them has been able to prove the allegations against the credibility of the EVMs, and neither do they apologise when they win the elections through the same EVMs. All that this manage to do, however, is shake the trust of the people in the system.

A lot of people, giving the example of Germany, say that EVMs have been declared as illegal by the German Supreme Court. I would, however, like to point out that the German Court has not declared EVMs illegal because they found any fault with the technology, but because the German Constitution specifically mentions that the voting needs to be transparent. Based on the Basic Law for the Federal Republic of Germany, and the principle that all essential steps in the elections are subject to public examinability, the Court said, “When electronic voting machines are deployed, it must be possible for the citizen to check the essential steps in the election act and in the ascertainment of the results reliably and without special expert knowledge.”

We must remember that our own Supreme Court had given a similar judgement 27 years before its German counterpart in 1982, saying that the Representation of the People Act mentions only ballot paper and not EVM.

The Representation of the People Act, 1951, was then amended to allow for electronic voting. The point was a legal one and there was no question about the effectiveness of the technology, both in the case of Germany and India.

Critics often also cite the examples of a few European nations, including the Netherlands and Italy, who have withdrawn the machine. They, however, fail to mention that all the machines in the said nations were made by the same Dutch company. The machines were rejected because the software on which they were running was found to be vulnerable.

Like any machinery, EVMs are of different varieties and technologies. Failure of one does not imply faultiness in all others. In fact, if EVMs were so prone to manipulation, we would have never seen a change of regime in the country!

EVMs make the election process transparent. Counting is more efficient and the results can be declared in 3-4 hours instead of the traditional 30-40 hours taken to count votes manually. Further, EVMs have also ended the problem of invalid votes. The EVMs are not connected with any external sources whatsoever and, therefore, there is neither any scope of data leak, nor of tampering. Along with the technical security, custodial security of the machines from the factories to the polling booths is equally important. At no stage, the machines go into private hands. The EC has to ensure that no lapse ever takes place on this account. The VVPAT machines further reinforce the credibility of the EVMs. By allowing for verification of their respective votes, it ensures that there is no scope for doubt in the minds of the voters. In fact, in 2013, the Supreme Court had appreciated the EC’s initiative to introduce VVPATs and had directed the government to provide adequate funds for it. The failure of the VVPATs, though unfortunate, should not shake the faith of the people in the Election Commission and the Indian democracy. The repolls were successfully conducted in the affected areas.

The Election Commission ensures free and fair elections in the country, an absolute must for a well-functioning democracy. In case of a machine failure, the EC has to replace the machinery within half an hour. In the instant case, the EC’s failure to do so within the stipulated timeframe shows that its preparedness fell short somewhere. The CEC was honest enough to admit “inadequately trained staff” responsible for the malfunctioning of VVPATs.

I am sanguine that a critical introspection of what went wrong and how it would be prevented in future must be under way in the commission. I believe the EC should be more communicative regarding the EVMs and VVPATs and constantly reassure the nation regarding their legitimacy. It must immediately put to rest any doubts regarding the credibility of the machines. Technology is the future of India, and not just its democracy and, EVMs have made India the proud global leader.

(The writer is a former Chief Election Commissioner and the author of An Undocumented Wonder — The Making of the Great Indian Election. He is also a distinguished fellow at Trivedi Centre for Political Data, Ashoka University)