Government support for higher education is on the decline in India due to the weakening fiscal space and lack of political intent. 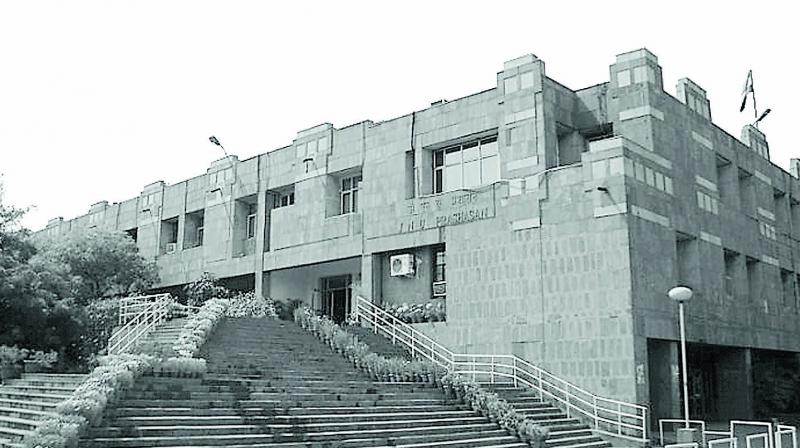 While Western varsities bank on endowments and alumni funds to survive, Indian colleges attract very little philanthropy. Even the Tatas, despite their contributions to nation building, preferred to cater to the Harvard Business School than an IIM.

Funding patterns in primary, secondary and tertiary education space in India are varied and nuanced. School education in India has been served well by government schemes such as Sarva Shiksha Abhiyan and Mid-Day Meal programme to the extent that primary enrolment levels are almost at par with that in developed countries.

However, as one moves up to secondary, higher secondary and tertiary education, our enrolment rates lag behind the rest of the world. For instance, in tertiary education we have an enrolment rate of barely 27 per cent (school leavers enrolling in colleges as a per cent of the relevant age cohort) while the corresponding figures for China, the UK and the US are close to 50 per cent, 60 per cent and 80 per cent respectively. There is significant room for improvement in our college enrolment levels and the twin factors of demographic dividend and economic growth are set to propel our enrolment rates in higher education over the next decade. The demand for college seats is set to grow dramatically but our higher education system does not seem to have the capacity to absorb such large numbers. A key constraint is the lack of financial resources.

When the US and Europe developed their higher education sectors in the 1960s and 1970s the expansion was helped by generous government support — a factor that is on the decline in India due to the weakening fiscal space and lack of political intent. An interesting contrast between the current global model of funding of higher education and the Indian model is our high dependence on student fees as the major source of revenues.

Top Western institutions are majority funded through large philanthropic grants and income from investing their endowment funds. In contrast, the dependence of Indian institutions on student fees limits their ability to grow, as fees cannot be increased much due to a mix of regulation and market factors. But, without an increase in fees, the necessary infrastructure cannot be created to enhance capacity. Other sources of income have been traditionally very hard to generate.

Ironically, even rich Indian benefactors have preferred donating to Western institutions but not to Indian colleges. For instance, the Tatas preferred to give money to a cash-rich Harvard Business School rather than an IIM.

Even if some of those donations come our way, we may not be able to meet the scale of endowment funds of Western institutions where there is a long-standing culture of philanthropic contributions in the education sector. However, there are several other financing options for Indian institutions that have not been sufficiently explored.

In the globalised world, we have exported many Indian students to foreign colleges but have effectively ended up importing education as brain drain leads to a huge outflow of capital. However, we have not been able to sufficiently internationalise ourselves to the extent that large numbers of foreign students would consider India as a destination for college education.

If that happens, foreign students can be charged significantly higher fees, as indeed Western institutions charge from their own international students. With growing interest in India, rising college fees in the West and India being looked upon as an aspirational destination by many Asian and African countries, there is no reason why foreign students cannot become an important source of revenue.

Indian institutions need to acknowledge that reskilling, continuous education and a lifetime of learning are going to be the norms in the near future where the course syllabi will tend to become outdated in no time. In such a scenario Indian institutions need to embrace executive education not only to meet the growing demand from working executives but also for the opportunity to innovate by developing expertise in new areas such as Internet of Things, Artificial Intelligence, Blockchain and the kind of cutting-edge knowledge that would interest working executives. Such courses may range from very short term to online and even practitioner research degrees. Pedagogies will also undergo change from classroom delivery to technology driven and from information transfer to knowledge co-creation. Working executives would of course have higher affordability for such new age courses thus adding to revenues.

India has traditionally lagged behind in academia-industry partnerships. The move towards executive education will also enable different dimensions of the relationship to blossom that may include industry funding for research, consulting and even joint ventures.

Finally, Indian institutions have not been proactive in tapping their alumni networks, which can be sources of contributions that individually may not match the scale of monetary gifts in the West but may collectively become significant support for alma maters.

Government support for higher education in India has come down over the years while the private sector does not yet have the capacity to serve the growing demand at desirable levels of quality. Yet there are increasing pressures on all higher education institutions — public and private — to feature in international rankings and qualify in global quality evaluations. In sum, the funding has dried up just when there is an increasing need to scale up and pressures to excel are higher than ever before.

The best option for Indian institutions is to create innovative models for funding in collaboration with industry. Apart from industry academia partnerships Indian higher education has to become more entrepreneurial in promoting and exporting Indian and indigenous knowledge in a way that can be useful to the contemporary world.

Prof. Debashis Chatterjee is Director and Prof. Rudra Sensarma is Dean (Internationalisation) at the Indian Institute of Management Kozhikode