Many people even in advanced economies do not know that the world is graduating into a much better place. 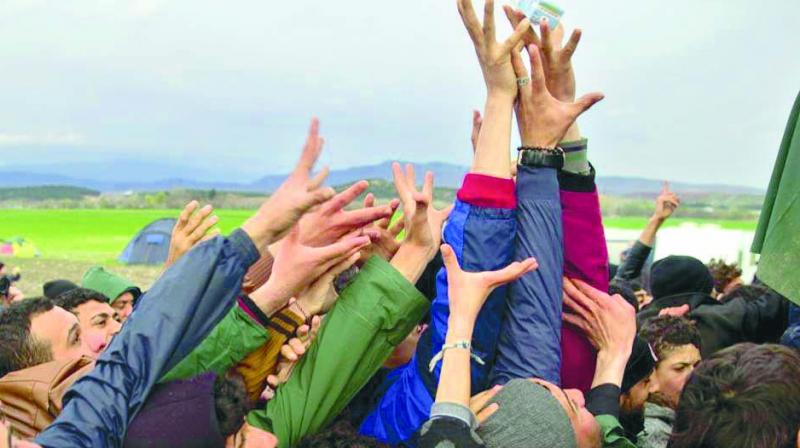 Despite the Great Depression of 1930s or the recent Great Recession, the constancy of the long-run growth rate has been miraculous. Low-income countries, including China and India, have been growing at a faster pace and are quickly catching up to the West.

Many people even in advanced economies do not know that the world is graduating into a much better place.

1 Life expectancy continues to rise
Even during the Industrial Revolution — phase of transition to new manufacturing processes in Europe and the US between 1760 and 1820-40 —  the average life expectancy across Europe was below 35 years. Very high levels of child mortality rates pulled down the average life span. A high rate of women died in childbirth. Smallpox and the plague have been eradicated in high-income countries. Today, life expectancy at birth is 71.5 years (68 years and 4 months for males and 72 years and 8 months for females) according to UN World Population Prospects 2015 Revision 2010–2015

3 Fertility rates are falling
Fertility rates have fallen significantly across the globe. UN population estimates expect the global population to stabilise at about 11 billion by the end of the century. Many developing countries such as Brazil, China and a number of African nations have already switched to a low-fertility regime. Many others have achieved this over just two to three decades.

4 GDP growth up in developed nations
Despite the Great Depression of 1930s or the recent Great Recession, the constancy of the long-run growth rate has been miraculous. Low-income countries, including China and India, have been growing at a faster pace and are quickly catching up to the West. A 10 per cent growth rate over a prolonged period means income levels double roughly every seven years. It is obviously good news if prosperity is more shared across the globe.

5 Global income inequality down
While inequality within countries has gone up owing to globalisation, global inequality has been on a steady decline for decades. Developing countries such as China and India have seen living standards improve. For the first time ever since the Industrial Revolution, about half of the global population can be considered global middle class.

6 Many more live in democracies
About half of the human population inhabits a democracy. Out of those still living in autocracies, 90 per cent are in China. While the country has recently moved in the other direction, continued economic development might eventually lead to democratisation

7 Conflicts are on the decline
Throughout history, the world has been riven by conflict. At least two of the world’s largest powers have been at war with each other more than 50 per cent of the time since about 1500. While the early 20th century was brutal with two world wars in rapid succession, the post-war spell has been very peaceful, with no war or conflict in Western Europe in about three generations. International organisations, including the EU and the UN, have led to a more stable world.

(Excerpts from “Seven charts that show the world is actually becoming a better place”, written by researcher Julius Probst at Lund University in https://theconversation.com/)