Wait, men at wreck in prisons

The Indian prison system comprehensively ignores the human rights of prisoners, deeming these to be non-existent. 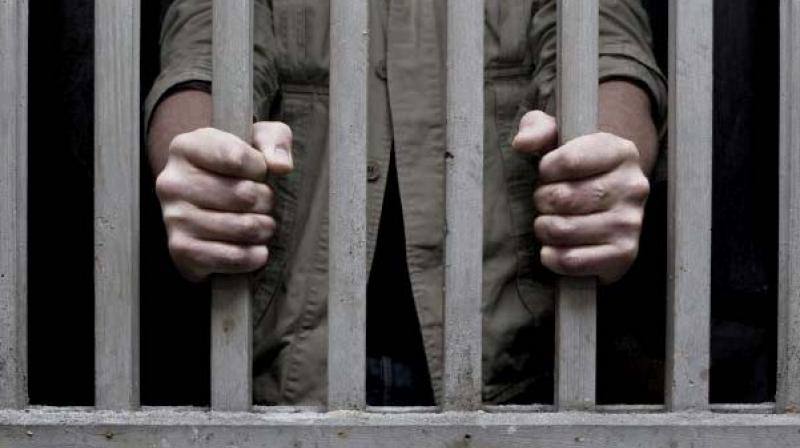 In the land of Mahatma Gandhi and non-violence, Indian prisons remain depraved and brutish, with a complete absence of respect for human rights. Even though crores of rupees are spent in esoteric research under the name of sensitive prison reforms, reports of assessment are thrown into the dustbin. Hence, the criminalisation of prison administrations proceeds with the same insensibility and is the main factor contributing to creating hardened criminals as well as being responsible for the inmates’ physical and psychological breakdown.

Attempts to create a mechanism to bring transparency to the prison administration, such as formation of the board of visitors, are a farce. The prison manual and other regulations have become so scarce that it is difficult for even advocates to lay their hands on one.

In the prison manual of Maharashtra, there is a specific provision under section 235(2) and 248(2) of the Code of Criminal Procedure in respect of more humane sentences and there are specific documents related to the standard minimum rules for the treatment of prisoners. But this has been overlooked, despite specific directions given in the Giasuddin and Santa Singh case.

It is necessary that the judicial standard in respect of human rights change, and High Court and Supreme Court judges be willing to punish guilty prison officials and corrupt policemen, if we are to get human rights-based governance in prison administration.

The Indian prison system in the pre-Independence era was a result of the British judiciary system. India has failed to bring in radical changes to modify the conditions and infrastructure of prisons, thus leaving far behind the concept of “reformation and rehabilitation”. The idea of jail reforms is based on humaneness and optimism that change in behaviour is possible. But our administration is stuck on conducting cultural programmes while neglecting developmental work. Instead of asking “how can we keep bad people out of society?” reformation theory and correctional aspect talks about “how do we bring changed people back?”

K.F. Rustomjee highlighted the pathetic situation of prisons in our country in the National Police Commis-sion Report during the 1980s. This led to many PILs being filed by activists on custodial conditions and exploitation of prisoners. Pro-gressive judges such as P.N. Bhagwati and Justice V.R. Krishna Iyer pronounced landmark judgements compelling the government to provide much needed relief to thousands of undertrials who were released on personal bonds or simply discharged.

But the ground reality remains unchanged. The measures suggested by the Justice Mulla Committee Report on Reforms in 1982, and the Justice Krishna Ayer Committee’s suggestions in 1986, regarding women inmates, went in vain as the government failed to take any steps based on them.

Constant harassment and inhuman treatment of inmates has resulted in an increase in suicides inside jail, which at 40 per cent is higher than in the general population.

In cases like Maneka Gandhi, Sunil Batra (I), M.H. Hoskot and Hussainara Khatoon, the Supreme Court had taken a view that  provisions of Part-III of the Constitution should be given the widest possible interpretation, and clarified that the right to legal aid, speedy trial, right to interview with friend, relatives, and lawyer, protection to prisoners in jail from degrading, inhuman, and barbarous treatment, right to travel abroad, right to live with human dignity, right to livelihood, etc., though specifically not mentioned, are fundamental rights.

To render transparency, the provisions of the board of visitors as per Chapter XV, Prison Visitors Maharashtra Prison Rule, 1962, needs to be implemented.

Effective monitoring by qualified and sensitive independent monitors would stop mental and physical torture of  prisoners.

A rights-based approach is important and hence legal aid movement needs to be taken up as important fundamental work by prison administrations. Then we can understand what Mahatma Gandhi said: “Hate the crime not the criminal.”

(The writer is a lawyer and human rights activist. He works with the Sahyog Trust, Pune. He was awarded the Karmaveer Puraskaar Noble Laureates, 2009 in the category Professional Citizen)