Nobel out of reach: Elusive desire for greatness

Dalit Bahujans have to be fed, clothed and cared for without adequate cultural or material dividends for the nation. 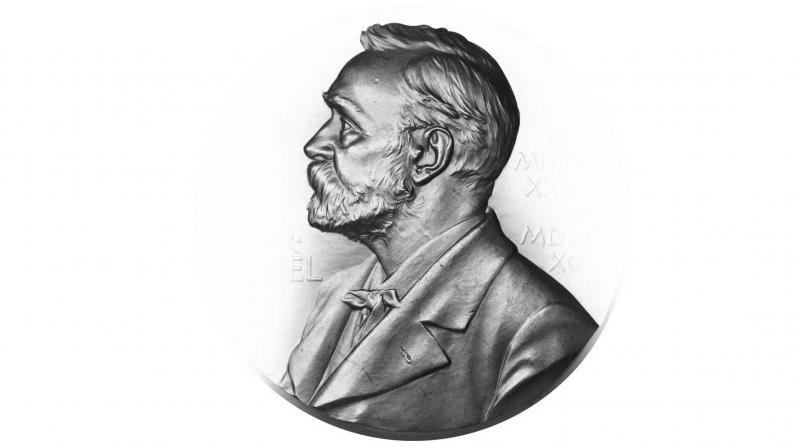 These thoughts flood the mind when one hears that no Black scientist was ever awarded the Nobel Prize.

If we concede that independent India has produced a modern scientific, artistic and academic aristocracy, it is necessary to enquire as to what kinds of historical, cultural, material and moral investments have gone into the making of this nobility. In turn, it is legitimate to describe the cultural milieu that they have fostered and continue to replenish with matchless distinction and ethical sensibility. More importantly, has this nobility played a crucial role in stalling new entrants from the plebeian class to aspire.

In the elite English public imagination, reservation stands against excellence and therefore Dalit Bahujans are considered as purveyors of mediocrity and a non-transformative labour. Dalit Bahujans have to be fed, clothed and cared for without adequate cultural or material dividends for the nation. In the Nehruvian Socialist regime, the Hindu mind accepted it with stoic silence and displaced their bitterness onto hazy concepts like secularism and scientific temper. In today’s India, the question of caste has to technically and not morally address the question of merit and self-worth. Why can’t Dalit Bahujans look after themselves even as the state makes extraordinary concessions?

Though a huge investment has been made in establishing modern scientific institutions in post-independent India, returns from these institutions have been marginal and negligible. It looks like the Savarnas have been the principal beneficiaries of these scientific establishments in terms of designing, finding jobs, establishing research agendas and instituting criteria for good research.

Sadly, these institutions rarely produced any great work during the last 70 years. In which case, is it fair to suggest that Dalit Bahujans have contributed to the prevailing lack of standards in these scientific institutions? Or to positively rephrase the question, why is it that no Dalit Bahujan has received a Nobel Prize in science or a Fields medal in Mathematics?

Dalit Bahujans have to be physically present in these institutions, they should be allowed to claim these spaces and be seen as fellow travellers of Savarnas in the journey towards the practice of science and learning in these fields.

Firstly, it is believed that a critical number of scientists doing experimental science come from peasant and artisanal castes. However, this number drastically reduces in elite science institutions like the Indian Institute of Science or the Tata Institute of Fundamental Research. They are not bound by the Constitutional obligation to recruit candidates from the subaltern communities.

Secondly, to be accepted as a colleague with equal capacities for learning, doing research and providing leadership, is a hard thing to come by. Professional recognition sans social identity not only begets bad team spirit and unequal capacities for building networks to pursue research in a global environment, but causes extreme distress sometimes leading research scholars to suicide.

Thirdly, the claim to a modern scientific organisation is different from a claim over an ancient civilisational culture. It is actually a claim to be modern and it is this claim that is being denied.

The non-Savarnas are a drag on time and space. In elite Indian universities, the claims of Savarna students and teachers become naturalised and the Dalit Bahujan’s need to institutionally belong, remains only at the representational level. It looks like Savarna teachers and students exhibit a certain kind of affinity and cultural proximity that they don’t seem to share with Dalit Bahujan students and colleagues.

How does this work in scientific laboratories? Science historian Abha Sur has recently written on the role of caste in the practice of science in elite Indian scientific institutions. How does this play on Dalit Bahujan students and teachers-scientists in elite universities and scientific establishments? Dalit Bahujans are yet to attain cultural objecthood in these spaces because they seem to constitute substance that cannot be transformed. Indeed, the envisioning and search for life forms is a search for greatness, of creating meaningful relatedness to the present.

The intellectual foundations of modern India are based less on science and reason. They are founded on a desire for modernising or rationalising traditions. The supposed insulation of the practice of science from the social and cultural realms treats the intellect as a product that comes from specialised training and long initiation that happens during the formative years of being groomed in schools, colleges and universities. It is safe to presume that the foundation of contemporary India is based on a non-materialist philosophical premise.

These thoughts flood the mind when one hears that no Black scientist was ever awarded the Nobel Prize. This seems true for Dalit Bahujan scientists in India too. As a nation, do we strive towards the pursuit of greatness, excellence and merit or is everyone’s aspiration towards such goals considered culturally legitimate? Perhaps, the pursuit of greatness, excellence and merit are skewed towards Brahmins and a few Savarna castes. Despite some gifted Indians who have done recognisable work in the sciences, mediocrity seems to be the overwhelming cultural ethos of most Indians irrespective of where they are located in the caste order and whatever trade they pursue.

This separation of reason from ethics informs the making of the post-Independent scientific establishment. The power of science has not been associated with the power to humanise relations, feelings and solidarities. It is in that sense that the Nehruvian scientific institutions are technocratic and not humanistic.

The civic (or the lack of it) nature of social management of these institutional spaces disallows building of civic capacities. In a different sort of way, the power of modern science has not been harnessed to transform the present by bridging deeply severed relations and mitigating cultural injuries that have a hideous temporal depth.

(The writer is Professor of Communication at HCU, Hyderabad, and co-author Modern Mizoram: History, Culture, Poetics)