The task of forging an overarching identity transcending the amalgam that develops through such superimposition therefore becomes even more difficult. 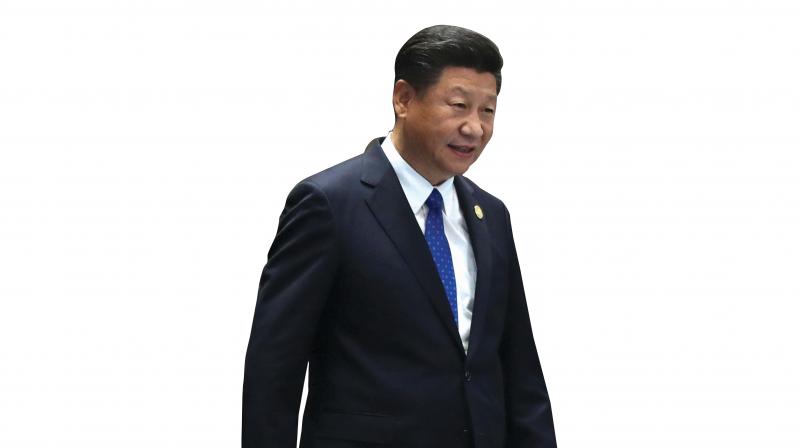 The sure shot to erase social iniquities is the annihilation of caste. But till such time as this ultimate objective is realised, Dalit identity politics is a form of subaltern assertion and a serious attempt to emerge from all-round deprivation.

The International Panel on Social Progress, unlike the International Panel on Climate Change, which was sponsored by the United Nations, is an initiative of a group of academics belonging to different disciplines of the humanities and social sciences and to different countries. Its three-volume report, just released, is the joint work of numerous authors who share certain common perspectives, though each takes responsibility for only what she or he has authored. It is not therefore a joint report; but its coverage is both comprehensive and unfettered by the straitjacket of neoliberal ideology.

I shall pick up for discussion chapter 20 of the report, to highlight its novelty. This chapter, intriguingly titled Belonging, draws attention to the universality of alienation in modern society and suggests that social progress must consist not so much in enlarging the size of the Gross Domestic Product (GDP) as is commonly supposed, but rather in overcoming this alienation. The roots of this alienation, noted by authors as diverse as Marx and Gandhi, lie in the tendency of capitalism to create a society which is fractured into a bunch of scattered individuals who, instead of having a relationship of cooperation, are engaged in competition with one another.

Gandhi unlike Marx did not talk explicitly of capitalism but used the term “the English System” to refer to this phenomenon; he also did not, unlike Marx, underscore the fact that each individual is compelled by the logic of the system to act in this manner. But he was unambiguous on the need for overcoming this alienation which was a malaise afflicting everyone in society.

Such overcoming, it is clear, requires the re-formation of a community out of the scattered individuals that modern society creates, a community where cooperation among individuals replaces the competition that characterises it.

Marx had argued that capitalism spontaneously produces, not of its own volition but despite itself, as part of its own logic, a tendency towards the formation of such a community in the proletariat, as it engages in struggle for overcoming its material deprivation, through forming “combinations” in the form initially of trade unions.

But the community is not restricted to the proletariat alone, which does not engage in some form of an “identity politics” for its own exclusive betterment; the proletariat can free itself only by liberating all classes, by championing their cause as well, and thereby creating conditions for the abolition of all classes including itself. But while this was Marx’s specific position, there can be little dispute over the fact that the new community has to be all-inclusive, going beyond mere identity politics towards a transcendence of identities.

Cooperation among the members of a specific group, such as what identity politics may effect, is not enough for the creation of such a community. Even though one may support certain forms of identity politics as a transitional phenomenon, the formation of a community which must be the ultimate goal of social progress requires going beyond mere identity politics; it requires the inculcation of a sense of common belonging among larger and larger groups, among groups that keep transcending their specific identities.

In most societies, of course, the fracturing brought about by capitalism is superimposed upon pre-existing divisions. Capitalism in other words does not fully destroy the pre-existing order before imposing its own order upon society.

The task of forging an overarching identity transcending the amalgam that develops through such superimposition therefore becomes even more difficult. But the need for such transcendence is by no means negated by this fact.

In India, for instance, where caste-division and caste oppression have been endemic and constitute the soil upon which capitalist development has occurred, identity politics among the oppressed constitutes an important step forward. One must therefore support the identity politics of the Dalits. But such identity politics, while securing for the Dalits some of the benefits from which they have been traditionally excluded, and hence constituting a significant advance, does not by its very nature achieve the “annihilation of caste” which Ambedkar had visualised, and which must be a primary goal of social progress in our society.

A sense of belonging to a community can never develop if that community ranks its members hierarchically as caste-society does. Hence the annihilation of caste alone can liberate not just the Dalits but also the “upper castes”, who too are prisoners of the system and suffer from an alienated existence that is dehumanising because it denies the humanity of another person.

But Dalit identity politics alone cannot bring about the annihilation of caste. Even if we assume for argument’s sake that it secures for the Dalits all material benefits from which they have been traditionally excluded, even then, unless caste is annihilated altogether, they would continue to be stigmatised as Dalits. Hence while identity politics can play a crucial transitional role, the need ultimately is to go beyond identity politics to the politics of a larger and more inclusive kind.

Such a movement towards the formation of a new community that goes beyond specific identities is possible only through common struggles. In the absence of such common struggles, the contradictions arising from the development of a capitalism founded upon the fault-lines of the pre-existing order will give rise to other kinds of struggles, internecine ones, such as have been dotting the world.

How to go from this existing reality of internecine struggles to one of common struggles that engender an ever expanding community, what sort of transitional agendas can inform such common struggles, is the theme of this chapter, which contains illuminating case studies of several conflicts occurring around the world.

One suggested transitional agenda for a common struggle is for the creation of a genuine common citizenship with a set of justiciable universal economic rights, in addition to political ones.

(The author is a social scientist of Marxist-Leninist persuasion. He was Professor at the Centre for Economic Studies and Planning at the School of Social Sciences at Jawaharlal Nehru University in New Delhi. He was the vice-chairman of Kerala Planning Board. He is a staunch critic of Hindutva)