Judge not, lest ye be judged

Some of our top court judges are unleashing their personal views on the public. Are their individual opinions within the legal ambit? 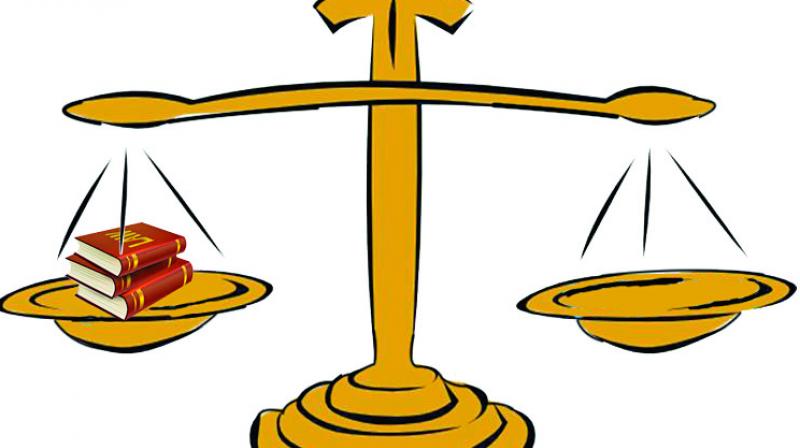 Opinion is firmly divided on what needs to be done, how far it can be taken and just who is to do it.

Recent controversies caused by the utterances and actions of some High Court judges have swung the spotlight back on the judiciary. Every time this happens, there is an almost unanimous call for judicial reform. Opinion is firmly divided on what needs to be done, how far it can be taken and just who is to do it.

India’s political scene, fraught as it is on all sides, has become the setting for near-relentless histrionics. Much of this can be brushed aside, in keeping with the play of democracy in a time where open communication channels allow citizens to express the opinions that they have, no doubt, always nurtured.

This is, to an extent, expected in political byplay. Through it all, however, the judiciary has always striven to be an unbiased representative of the Constitution, steering clear of opinion-driven controversy. So puerility from them, as has been the case recently, is simply inexcusable.

A 24-year-old woman living in Kerala decides to convert to Islam, in part because she believes in its teachings and also because she hoped to marry a Muslim boy. Contentious as this might seem to her immediate society, were any laws broken? The Kerala High Court’s shocking verdict included statements like: “A girl aged 24 years is weak and vulnerable, capable of being exploited in many ways”, and “her marriage being the most important decision in her life, can also be taken only with the active involvement of her parents”. Love Jihad, which received support and mockery in equal measure, has suddenly gained credibility.

Bombay High Court Chief Justice Manjula Chellur took exception to a journalist’s casual attire in court, and not long after that, the Rajasthan High Court judge Justice Mahesh Chandra Sharma delivered to the, by now frothing-at-the-mouth democrat, another titbit: the celibacy of peacocks, he said, is mentioned in the Bhagwat Purana and therefore trumps the laws of science.

All this may lend credence to the idea that the judiciary has given in to personal compulsions. More dangerously to the average citizen, this prejudice, bearing in mind its source, can easily be confused with the law. Does this mean a judge must remain free of human predilections? No. We all have our prejudices, without exception. It is terribly unfortunate, however, that these personal views are being publicly expressed by top-order court judges. All this does is make light of the gravity that should be synonymous with the judiciary.

Judges should control their bias

Anybody with even a cursory understanding of the Indian system of governance knows that the Judiciary functions independently of the Legislature and the Executive. It is, on paper at least, free of the societal pulls and compulsions that dictate the decisions of both these branches of government. While no individual is free of bias — or is even expected to be — restraint in speech is of the utmost importance. Aloofness is far more becoming of a judge than tawdry sensation.

The Kerala High Court’s no-holds-barred stand on Love Jihad is a prime example of what not to do. Judges are not expected to unleash their personal views on the public and if they do, then those views should be well within the legal ambit. Sentiment and personal opinions that contradict or undermine the law should be kept strictly in check. The law does not prohibit people from religious conversion and certainly not from falling in love. In this setting, talk of Love Jihad  or a ban on inter-religious marriages doesn’t hold water.

Wanton statements by High Court judges can give rise to “moral policing”, as well as the misconception that the public at large must toe a party line or fall in place with a majority view.

The Mumbai High Court Chief Justice, taking exception to a journalist’s attire also falls in a grey area. “Decency” is a fluid concept, born of society’s ever-changing moral expectations. Can one person impose his view on another? Possibly. Is this the right thing to do? Possibly not! Certain institutions and professions require uniforms. Journalists are not among them.

Based on information I have gathered from the media, (former Calcutta High Court Judge C.S.) Karnan was a good, considerate lawyer, which led to his appointment as a judge. Something seems to have changed afterwards — he violated the basic law of the court: “Thou shall not be a judge in his own cause”.

It is a principle of natural justice that no person can judge a case in which they have an interest. One of the oaths taken by a superior court judge is to administer the law only as found in the law books and not through one’s personal views. It’s equally unfortunate that there is a set of lawyers supporting Karnan with very little knowledge of the issue.

Is the collegium system to blame?

Has the judiciary diminished its own credibility? It is possible, when people with strong views and a tendency to allow their personal opinions to cloud legal judgement are appointed to superior courts.  Still, I stand by the collegium system, or judges appointing judges, which has been in existence since 1990.

The two eminent personalities may have little idea about the judges in question. Clearly, this is not as simple as applying for a job, writing a test and facing an interview. The constituted body acts on the advice of the Chief Justice to make the selection, although things now play out the other way around. However, it works because judges making the appointments observe potential appointees and have a good understanding of their knowledge and capacity. Granted, personal biases can creep in easily, and I suggest that the collegiums publish the names of lawyers being considered for elevation, to receive feedback from colleagues and the public.

The NJAC, I believe, might play a more effective role if its function was to consider complaints received against judges, rather than their appointment.

That will modify judges’ attitudes considerably, for right now, they do as they please. The collegium system is a perfect fit for the Indian setup although some changes are required in judicial administration. The gravity and independence of the judiciary are crucial in a democracy such as India, a land of diverse cultures, beliefs and opinions. Judges who use their position as a platform to express personal views can batter the reputation of the judiciary. It is in everyone’s best interests, including the judges themselves, to have more accountability within the system.

— The author is former Lokayukta and a retired Supreme Court judge