Jeff Bezos is a product as well as a symptom of these two worlds, albeit magnified on a global scale. 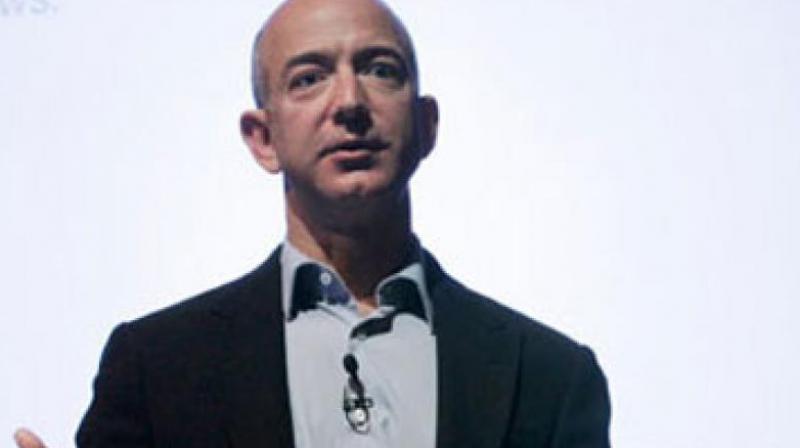 One of the most acclaimed English-language films of last year was the independently produced Florida Project, a poignant look at poverty in America. It tells us, through the eyes of a child, about the irony of impoverished single-mother families living dangerous and precarious lives in motels named Magic Castle close to Disney World’s Magic Kingdom theme park. The gloss of the “American Dream” hides its vast inequities and deprivations, and the two contrasting and extreme worlds that make up the Dream. Jeff Bezos is a product as well as a symptom of these two worlds, albeit magnified on a global scale. As Bezos becomes the first centi-billionaire in the world, paeans are being sung for the brilliance of the man whose fortune touched $167 billion recently. As a piece in The Atlantic, which is otherwise critical, noted: “Amazon is a marvel that has changed everything from how we read, to how we shop, to how we structure our neighbourhoods, to how our postal system works.”

But to understand the marvel of Bezos and Amazon, we have to understand nearly 40 years of dismantling of state regulations of private capital from the time of Ronald Reagan and Margaret Thatcher, the neo-liberal revolution, which has now become global economic orthodoxy. It is this unleashing of capitalism and the destruction of the welfare state, accompanied by massive tax cuts for the rich, decimation of labour unions, consolidation of corporate oligopolies and monopolies that set the stage for the Amazons and Bezoses, and the ever-deepening rift between the two worlds. The digital revolution has only speeded up capital’s incessant search for markets across the globe. As Marx put it: “It must nestle everywhere, settle everywhere, establish connections everywhere.”

Amazon this month crossed the $1 trillion mark in market capitalisation, only the second company after Apple to do so. For perspective, consider that India’s current GDP is $2.8 trillion. Since the 1970s there has been more than a tenfold increase in the number of Trans-National Corporations. Of the top 100 economic entities of the world, 31 are countries, and 69, corporations! When corporations wield more power than democratically elected governments, it portends a dangerous future. Galloping inequalities are a natural consequence. While Bezos earns $1,11,66,666 per hour, Amazon’s starting wage is $5-an-hour less than America’s national living wage. It has been reported that Amazon has persistently opposed unionisation of its workers. One study found that one in 10 Amazon employees in Ohio relied on the assistance of a government programme to buy groceries. That is why American politician Bernie Sanders proposed the Stop Bad Employers by Zeroing Out Subsidies Act, which would require companies with low wages to pay the same amount of money that its employees receive from government welfare programmes as tax.

A romanticisation of Jeff Bezos’s individual brilliance will turn our eyes away from the structure that produces and sustains the Bezoses of the world. An Oxfam report gives the astounding statistic that in 2017 just eight men owned 50 per cent of the world’s wealth. The same report states that between 1988 and 2011, the incomes of the richest one per cent grew 182 times as much as the poorest 10 per cent. If in 1965, the CEOs of top American firms earned 20 times as the median worker, in 2017, it was a shocking 312 times. Therefore, while Jeff Bezos and Amazon make our lives easier in many ways, it comes with a humongous cost. As the economist James K. Galbraith points out, “CEO pay is unrelated to skill. It’s an artefact of the general mood of the stock market and of the specific fads and power of technology, finance and oil.”

The celebration of Bezos will obscure this fundamental reality. The same is true when we focus on the philanthropic efforts of billionaires. For this draws attention away from the grossly iniquitous economic structure, shored up by the same global financial and political elite, to the chivalrous acts of the wealthy. Of course, when compared to the parsimony of Indian billionaires in sharing their wealth with society, it is commendable what a Bill Gates or a Warren Buffet does. After all, Gates has, arguably, saved more than 100 million children’s lives, more than anybody in the world.

But we cannot forget that it is the same structure that produces Gates and Bezos that also produces hundreds of millions of vulnerable human lives. Nevertheless, it is interesting that Bezos has been extremely diffident about philanthropy so far, finally committing (on September 13) only 1.3 per cent of his total worth to philanthropic projects. Instead, he has contended that “the only way that I can see to deploy this much financial resource is by converting my Amazon winnings into space travel. For, this is the only way to avoid a ‘civilisation of stasis’.” From envisaging Amazon deliveries through drones, to moving all heavy industry to space, technological arcadia runs through Bezos’s vision. While technological innovations are welcome, let us not blind ourselves to that the fact that 1.5 billion people (half of them children) are multi-dimensionally poor or that 70 per cent of people live in countries which have seen a rise in inequality in 30 years due to the absence of technology. Florida Project ends with the child protagonist, faced with state agencies waiting to take her to foster care, escaping Magic Castle motel to Disney World’s Magic Kingdom. Can Amazon’s low-paid workers and 1.5 billion desperate humans similarly escape to space on Jeff Bezos’s space mission?