A man of grit

Filmmaker Prakash Jha on the age of “illiberal populism”. 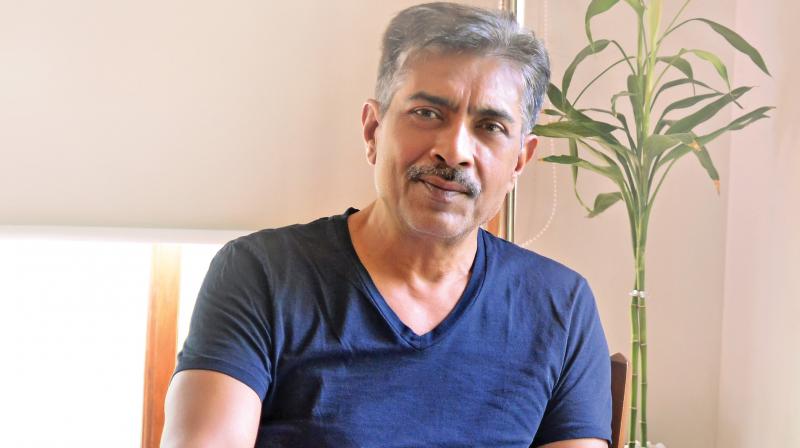 Filmmaker Prakash Jha has never thought much about being politically correct. Most known for his socio-political movies, Jha thinks of himself as a social historian who works with the film medium. Quite naturally, things haven’t been very smooth for him. From Parinati to Aarakshan, his films have always ended up upsetting certain communities, especially the political class.

“When I had started out, cinema was the perfect medium for me. It was the amalgamation of everything that I wanted to be — it was the living art. And after all these years, I am pretty satisfied with the form. However, my concerns have shifted to content, which has come down to human life, its history and progress or regress,” he says. The filmmaker will be talking about his films and his preoccupation as a “social historian” at a Mumbai Local talk, organised by Junoon theatre.

Jha was born in Champaran, and schooled at Sainik School Tilaiya, Bihar. In the year 1970, he gave up studying physics at Delhi University and spent a short stint in his family’s farm, before moving to Mumbai and exploring his passion of filmmaking. “When I decided to drop out, my parents very upset and they asked me to come back. That’s when I had to get into our family profession, farming. But after a year, I was too tired of it and left for Mumbai,” he says, adding that it was only after coming to the city did he realise that he could be a filmmaker.

Until now, he has directed 10 feature films, over 25 documentaries, two featurettes and three television shows. His 1985 film Damul — Bonded until Death won him the Golden Lotus awards. He went on to win 10 national awards.

Speaking of the history that he’s been lately occupied with, Jha says, “Through the ages, I have realised that societies have been stronger than the government. And often, the government doesn’t have the power to subvert or suppress them.”

To further elaborate his point, he says, “There has always been a certain problem in the society where if you say things, which are not pleasing to the ears, people will start opposing, and it doesn’t matter which political party is in the government.” A reason, he says, why India has never quite had a dictator. “Kings who were not good to their subjects were usurped,” he adds.

However, he is quick to point out the overall atmosphere across the globe. “The rise of illiberal populism has enveloped the globe, be it Turkey, Phillipines, Austria, America, Venezuela or Brazil. It seems that the middle class have suddenly realised that the liberal, secular mindset is taking them nowhere and now they are almost gambling for a change in history,” he remarks.

As a filmmaker, he says, his job is to keep observing the world and try to assimilate them and tell stories, how he understands them. As a consequence however, he has to face the brunt of many.

Controversies have always followed him like a shadow with every film, the closer the date of the release came, darker the shadow grew. “People have thrown stones at my office. My films have been banned in certain states. Although I was given police protection, the police didn’t go and stop the protestors. That’s how the system functions. I had to fight my own battles, go to the courts, negotiate, and so on.”

Speaking of the assault on fellow filmmaker, Sanjay Leela Bhansali, he says, “It’s unfortunate and he has my sympathies. But I believe, he knew what he was getting into; he will surely find his way out of it. However, it’s better if I don’t speak about the solidarity of the film industry.”