Rangoon stars Saif and Kangana to sip Koffee together on KWK

The episode might be aired close to the release of the Vishal Bhardwaj directorial, also starring Shahid Kapoor. 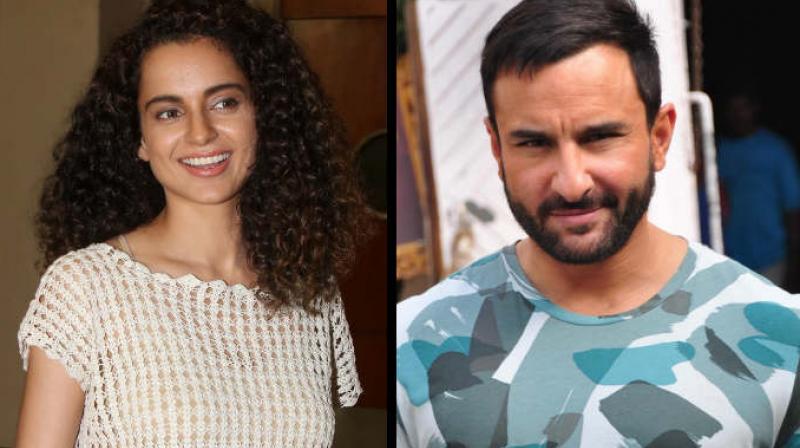 The chemistry between Kangana and Saif in 'Rangoon' is being appreciated.

Mumbai: Karan Johar's popular chat show 'Koffee with Karan' is known for its interesting pairings. This season also saw some exciting ones, however, incidentally or not, several of them were of co-stars starring together in films, with the show appearing as a platform for promotion of the respective films.

The fifth season of the show, started off with Shah Rukh Khan and Alia Bhatt, who had then been seen in the well received Gauri Shinde directorial, ‘Dear Zindagi’. Sidharth Malhotra and Jacqueline Fernandez, who’ll be pairing up for the very first time in ‘Reload,’ came and made their palpable chemistry well evident, months before the film’s release.

Aamir got his ‘Dangal’ girls to the couch, while Kareena appeared alongside Sonam, who’ll be her co-star in her next film. And then, Alia and Varun Dhawan are also set to make a second appearance to promote their upcoming film together, ‘Badrinath Ki Dulhania’.

Amid all these intentional pairings, now comes the news that Saif Ali Khan is all set to grace the couch, alongside his ‘Rangoon’ co-star, Kangana Ranaut. Moreover, the episode might be aired close to the film’s release.

Though Shahid Kapoor has appeared on the show alongside his wife Mira this season, he will not be seen in this particular episode, as per reports.

‘Rangoon,’ helmed by Vishal Bhardwaj, is all set to hit the theatres on February 24.