What clash? Hrithik to help in curbing piracy of Shah Rukh's Raees

Hrithik asked fans to send links of the pirated versions of his film 'Kaabil' and also of Shah Rukh's 'Raees'. 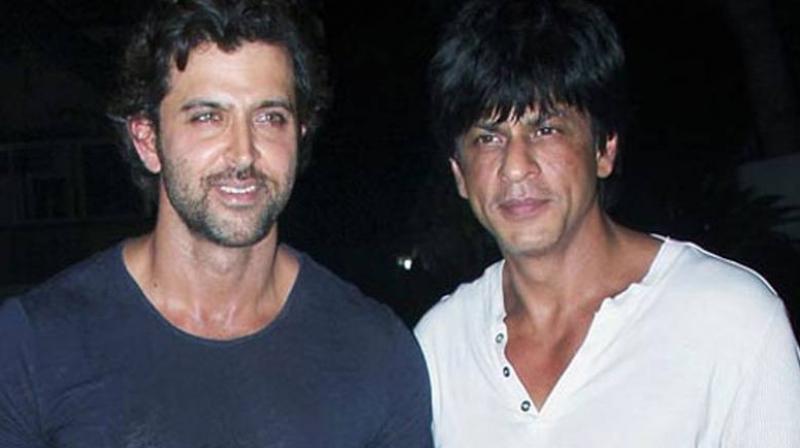 Mumbai: Despite Shah Rukh Khan's 'Raees' and Hrithik Roshan's 'Kaabil'  releasing, the 'clash' between the two films has not ended, with the collections of the two films still being discussed.

Hrithik’s father Rakesh Roshan had publicly spoken about how upset he was about the clash since he believed that they were the first to announce the release date of Republic Day for their film. The veteran filmmaker also voiced his displeasure over the unfair allotment of screens by distributors in favour of ‘Raees’.

Shah Rukh had seemed unfazed about the remarks saying that he didn’t have to make any justification but wished the Roshans well, adding that they should be happy with the collections of their film.

You could say that ‘Raees’ won the battle considering it has taken a substantial lead over ‘Kaabil’ in collections, but the latter has also held on its own by earning rave reviews and doing decent business at the box office.

The Roshans had previously hired a Bengaluru-based company to remove all the links of the pirated versions of the film.

Hrithik took to Twitter to now ask his fans to help them in curbing the menace of piracy by sending them the links of the pirated versions. Despite the competition between the two films at the box office and despite the souring of relations with SRK, Hrithik still wants to help the help the Shah Rukh Khan starrer and even asked fans to send them links of ‘Raees’.

The friendship between Shah Rukh and the Roshans goes back a long back and this gesture from Hrithik just proves there is no bad blood between the two.