The actress brought in her birthday with her 'Jaaneman' and 'Soldier' co-stars, while other celebrities were also present. 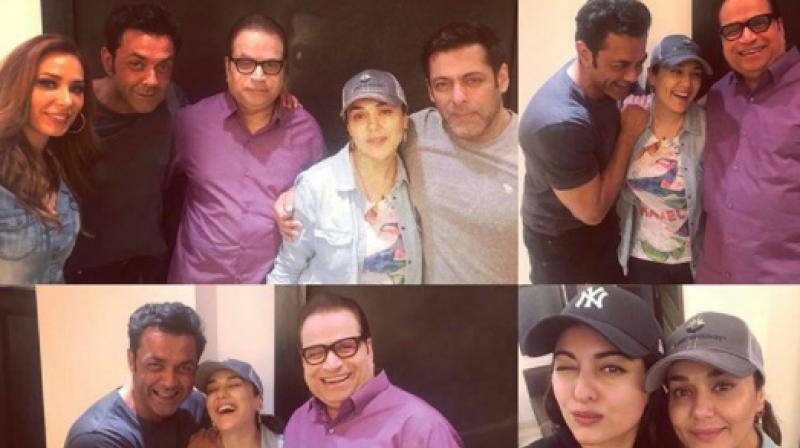 Preity Zinta shared a collage of the best moments from her 43rd birthday.

New Delhi: Celebrating her 43rd birthday, Preity Zinta was in for a surprise on her special day, as her close friends had something special up their sleeve.

All her close friends, including Salman Khan, Bobby Deol and Sonakshi Sinha organised a small get-together for the special occasion.

Preity took to her social media pages and shared a collage of pictures of her small birthday party.

Sharing pictures from the celebrations, Preity Zinta wrote on Instagram, "Thank you all for all the wonderful birthday wishes... So humbled and so touched by all the good wishes... Loads of love! Muaah... #aboutlastnight #unplannedgettogether #friendsforever!"

Thank you all for all the wonderful birthday wishes 😘 So humbled and so touched by all the good wishes 🙏 Loads of love ! Muaah 😘#aboutlastnight #unplannedgettogether #friendsforever !

Born on January 31, 1975 in Shimla, Preity Zinta shot to fame as the refreshing, cool model in a Liril commercial.

She made her big-screen debut with Mani Ratnam's 'Dil Se' (1998). The film was a hit which won Preity accolades.

Later she was seen in Abbas-Mustan's 'Soldier' (1998) that too went on to become a hit at the box-office.