Entertainment   Bollywood  01 Feb 2018  Raazi: Alia Bhatt, Vicky Kaushal are busy looking into each others eyes in this still
Entertainment, Bollywood

Raazi: Alia Bhatt, Vicky Kaushal are busy looking into each others eyes in this still

Produced by Karan Johar and Vineet Jain, 'Raazi' is scheduled to release on May 11, 2018. 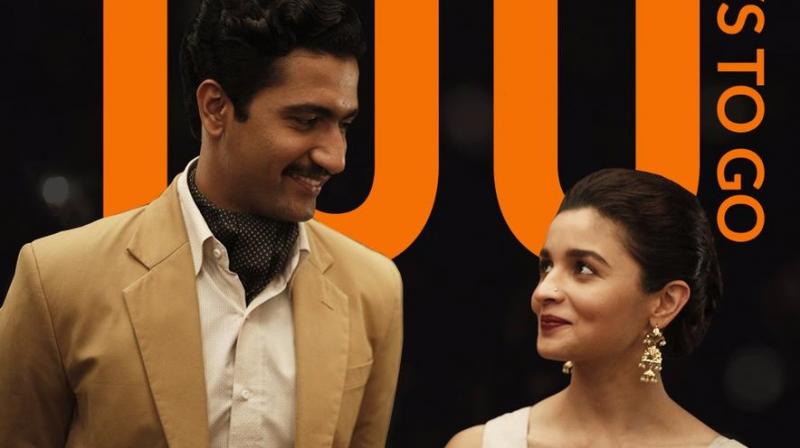 Mumbai: Alia Bhatt and 'Masaan' fame Vicky Kaushal starrer 'Raazi' is definitely one film in 2018 that cinegoers are excited about. Post the success of Irrfan Khan starrer 'Talvar', Meghna Gulazar is returning to direction after three years with this film.

With only 100 days left until 'Raazi' hits the cinemas, the makers have unveiled a new still from the film. In this still, Alia is looking gorgeous in a white saree and Vicky is handsome in a formal suit.

The espionage thriller is based on Harinder Sikka’s novel Calling Sehmat. Alia is playing Sehmat, a Kashmiri woman who marries a Pakistani officer, essayed by Vicky Kaushal, with the intention to source out intelligence details and pass it off to Indian forces.

Alia Bhatt has been paired with Vicky Kaushal for the first time in the film.

Produced by Karan Johar and Vineet Jain, 'Raazi' is set to hit the screens on May 11.