The younger Pataudi will soon be joining his sister Sara Ali Khan in the film industry as soon as he finishes his ongoing education in London. 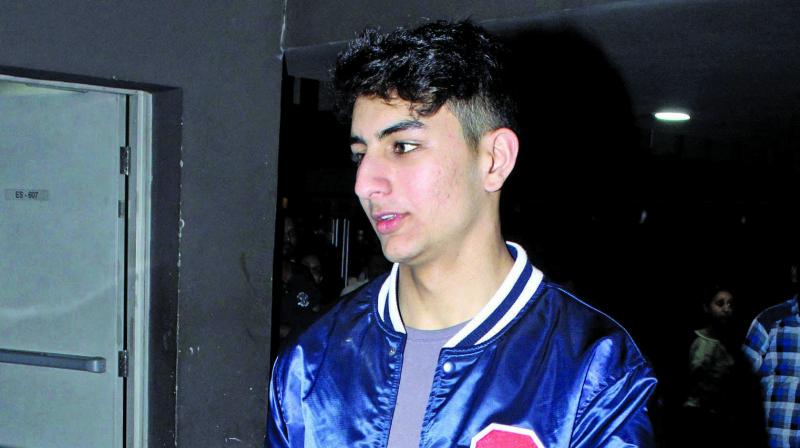 Yet another star kid is all set to take Bollywood by storm and it is Saif Ali Khan’s son Ibrahim Ali Khan. The younger Pataudi will soon be joining his sister Sara Ali Khan in the film industry as soon as he finishes his ongoing education in London.

A source very close to Saif’s family says, “Saif left his son’s career choice upto him, just as he left it upto Sara as to what she wanted to do with her life. Saif wasn’t happy when Sara chose to become an actor after studying at Columbia University. But Sara’s mother (Amrita Singh) supported Sara in her career plans. Saif had no choice but to give in.”

Now, Ibrahim has made it clear to his parents that he wants become an actor. Unlike his sister, Ibrahim is not adamant on making it on his own.

“Saif may produce a film for Ibrahim. Unlike Sara who was always a full-on masala heroine, Ibrahim needs special nurturing and grooming to face the camera. He is shy and needs to trust the camera,” adds the source.

Sara in an earlier interview had praised her brother’s acting skill and called him talented. “Ibrahim wants to be an actor. But as I’ve discovered, it’s an easy dream to have, but a very difficult one to achieve. However, I feel Ibrahim has the talent. Once he enacted a monologue for my mother and I. While I was holding the sheet of paper on which his lines were written, I couldn’t look at the sheet. I was busy looking at his eyes. They were so emotive,” she had said.