The film is being produced under the banner of Salman Khan Films, Arbaaz Khan Production. 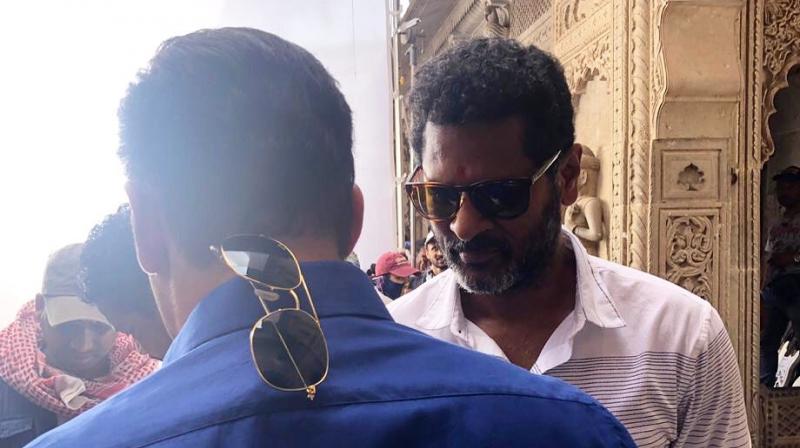 New Delhi: Chulbul Pandey to hit the screens anytime soon as the shoot for Dabangg 3 starts today. Indian film critic Taran Adarsh shared on his Twitter handle. Although, he didn’t mention the release date of the film.

Salman Khan also shared his first glimpse from the sets of Dabangg 3 on his Twitter handle. He wrote, "Day1.... #dabangg3 @arbaazSkhan @PDdancing @Nikhil_Dwivedi"

Earlier, Salman Khan had also shared the news in a 22 seconds video on his twitter profile along with elder brother and producer of the film, Arbaaz Khan. He wrote, “Back in our birthplace for #Dabangg3 shoot @arbaazkhanofficial.”

This is the third in the Dabangg series. It has been eight years to the release of the original Dabangg starring Salman Khan and Sonakshi Sinha.

The film is being produced under the banner of Salman Khan Films, Arbaaz Khan Production.

Earlier, post the release of Race 3, Salman Khan received some backlash and fans said they didn’t want another Dabangg for it will have C-grade support cast.