I am not lonely: Priyanka Chopra

Like any other artiste, she goes and auditions for her roles, as there is no one handing out work to her in Hollywood. 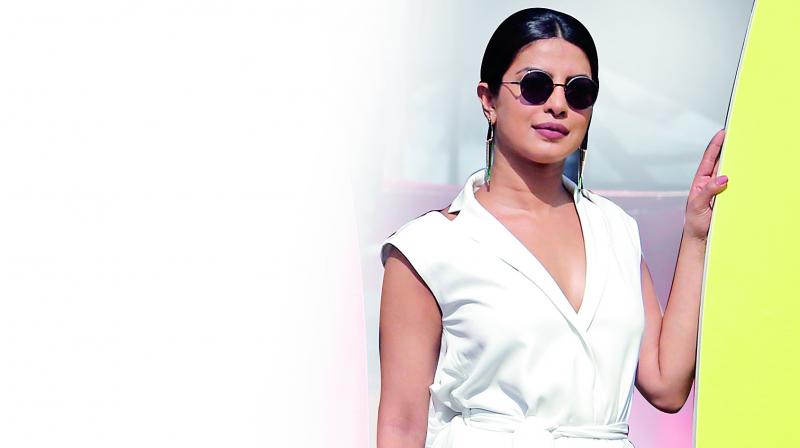 Mumbai: Often with stardom comes a feeling of loneliness, but not for Priyanka Chopra, as the actress says that her loved ones are always by her side.

After starting out with a Tamil film in 2002, Priyanka worked in Bollywood before making her way to the West with her song and then the American crime-thriller ‘Quantico’.

"I am not at all lonely. I have incredible support, from friends, family, and colleagues. That's why I can do so many (things). Most of my career choices are a gamble. Doing 'Aitraaz' (a negative role) as one of my first few films, doing 'Fashion' when no one was doing women-oriented films. I did 'Barfi' where everyone said you wouldn’t look glamorous. Music, 'Quantico', no one's done that. I can only do that because I have so much support," Priyanka told PTI.

The 34-year-old actress says she knows there will be a time when things might go downhill, but she will continue to work as long as people want to see her.

"I've known that (about downfall) since I did my first film. There are some things that are very constant in the world. Birth, death, up, down. It'll happen to everyone, to me, to you, to the biggest of actors. It's meant to happen at some point. As long as people watch me, I'll work," she says.

Priyanka says be it her show or her upcoming Hollywood debut ‘Baywatch’, she did not want to prove a point, but simply explore other possibilities.

"When I was new, I worked hard and have finally reached a stage where people know me because of my work. In America, people know me now because of the show. It was never that I wanted to go there and 'jhande gaad doon.' I only wanted to work,” added the ‘Barfi’ actress.

Priyanka says like any other artiste, she has to go and audition for her roles, as there is no one handing out work to her in Hollywood.

"I have no patience. I don't know if it is a guy or a girl thing but I don't wait. But nobody is standing there (Hollywood) in a queue to get a role. Your agents send you scripts and you audition. Patience and perseverance is needed in every industry," she adds.