According to our sources, the production team of Quantico is also working on Season 4 and it’s in the early scripting stage at the moment. 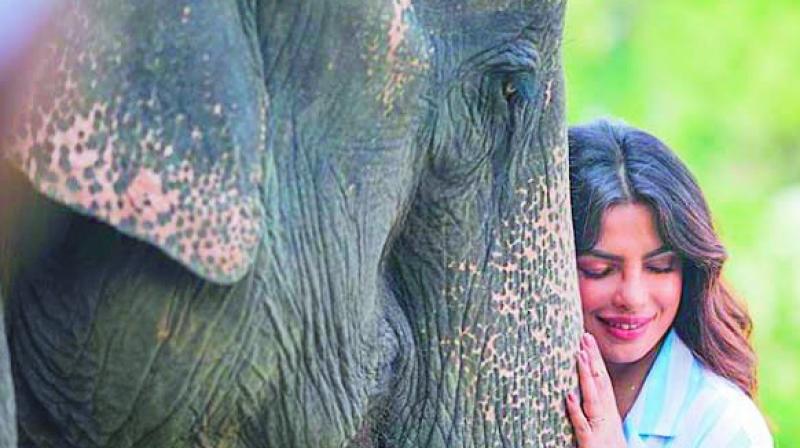 Priyanka Chopra, who is in the country currently, is not here to sign a big project or attend a family function. The actress, who is the brand ambassador for Assam, is spending time in the state and can’t stop gushing about her visit on the social media. It seems Priyanka is in the state to promote tourism through a campaign called #AwesomeAssam.

The sporting actress also tried a few steps of the traditional folk dance Bihu and shared a video of the same. The 34-year-old, who put up the video on Instagram, wrote, “The part I enjoy the most... joining in the fun! These young ladies put on an amazing performance for me and it was great to see their confidence and excitement towards life. This is in large part because they are in a school environment that keeps them safe. They are in charge of building their own futures... their own lives. Keeping a girl in school has so many positives, especially seeing them happy and thriving. A great start to my trip to #AwesomeAssam.”

On the work front, Priyanka is geared up for Season 3 of Quantico, which premiered in India on April 28. The actress will leave for New York on Tuesday morning for the promotions of the TV series.

According to our sources, the production team of Quantico is also working on Season 4 and it’s in the early scripting stage at the moment. Most probably, once Season 4 gets sanctioned, Priyanka will be shooting for that as well.

The actress will, however, be back to India in the last week of May to fulfil her professional commitments. The actor has signed Bollywood film Bharat alongside Salman Khan. Director Ali Abbas Zafar had earlier revealed that his next directorial will mark Priyanka’s return to the Indian film industry after two years.