Entertainment   Bollywood  01 May 2018  Watch: Kareena is a total badass with VDW producer Rhea Kapoor but we love it
Entertainment, Bollywood

Watch: Kareena is a total badass with VDW producer Rhea Kapoor but we love it 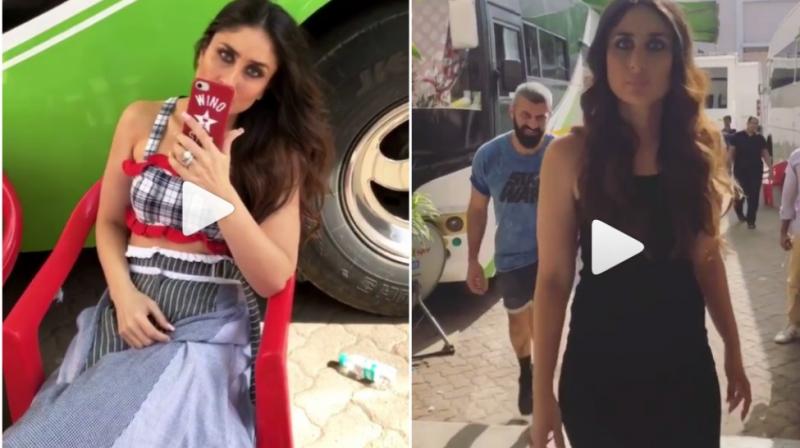 The Kapoors seem to be bonding big time! After Sonam and Kareena Kapoor Khan totally stole the show at ‘Veere Di Wedding’ trailer launch, it is now time for Bebo and Rhea’s bonding.

Rhea Kapoor, who is producing the film, recently shared some videos of Kareena being a total badass to her, but to be honest, it’s exactly why we love Bebo.

In one of the videos, Kareena is seen slaying it in black as she enters the venue and Rhea greets her with a cheerful ‘What up’, which has embarrassed Bebo and she leaves her a remark ‘mess’ which is just enough. Watch the video here:

The other video is that of Kareena waiting for her shot, while Rhea calls her ‘Bebo’. Appearing frustrated, Bebo ignores her, till Rhea again says ‘Bebo, give some respect to your producer once in a while’. This comment made Kareena smile but she once again hid her face behind her phone. See it here:

Kareena is reportedly part of Sonam Kapoor’s wedding guest list. The wedding will supposedly take place on 8th May.