Kangana had earlier expressed her embarrassment after being compared to Mahesh Bhatt's daughter-actor Alia Bhatt. 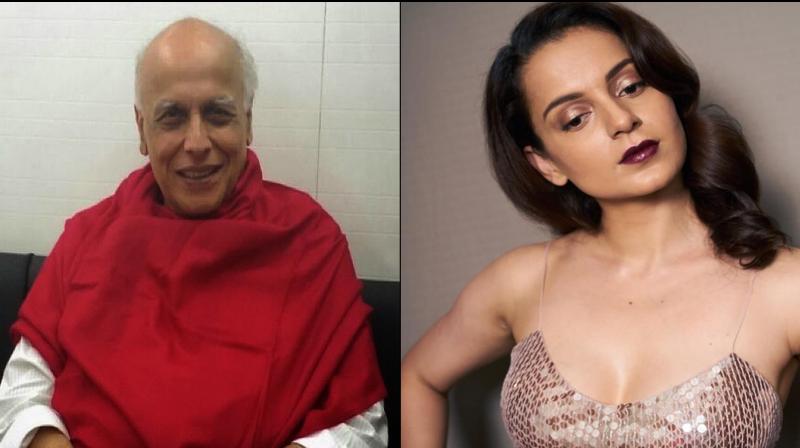 Mumbai: As we all know that Kangana Ranaut's sister Rangoli Chandel had earlier claimed that filmmaker Mahesh Bhatt threw chappal at her at the screening of Woh Lamhe (2007) after she refused to sign one of his films. But now, the 'Sadak' has finally reacted to Rangoli's comment.

In an interaction with IANS, Mahesh Bhatt said, "She (Kangana) is a bachchi. She started her journey with us. Just because her relative (Rangoli is also Kangana's spokesperson and manager) is attacking me, I won't comment."

For those who are uninitiated, Kangana made her acting debut in Anurag Basu's directorial venture Gangster (2006), produced by Mahesh Bhatt and his brother Mukesh Bhatt.

Kangana had earlier expressed her embarrassment after being compared to Mahesh Bhatt's daughter-actor Alia Bhatt. However, Alia took it sportingly and preferred not to comment on the same and focus on the work.

(Contd).... please note that he doesn’t own that production house, after Woh Lamhe when Kangana refused to do a film written by him called ‘Dhokha where he wanted her to play a suicide bomber he got so upset that he not only shouted at her in his office..... (contd) @Soni_Razdan

.... but later when she went for Woh Lamhe preview to a theatre he threw chappal on her, he didn’t allow her to see her own film, she cried whole night .... and she was just 19years old . @Soni_Razdan

On the work front, Mahesh Bhatt is all set to don director's cap for his upcoming Sadak 2 which stars Sanjay Dutt, Pooja Bhatt, Aditya Roy Kapur and Alia Bhatt in lead roles.