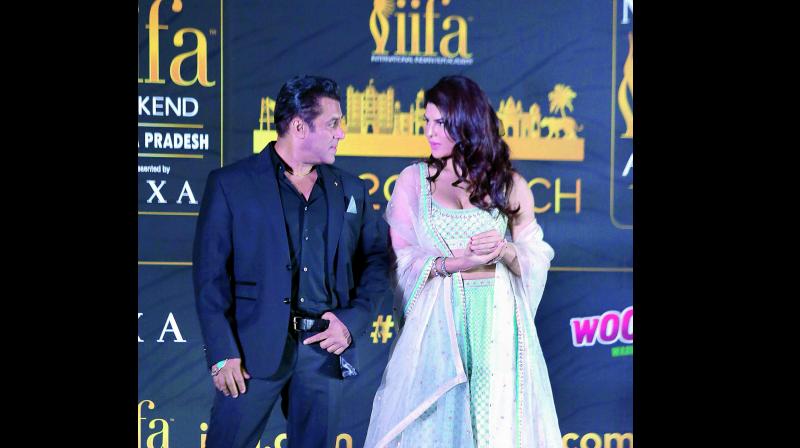 Salman captioned the post, “Jacky got caught taking a pic chori chori chupke chupke... she took one more after that which she will post on her own! ”

While we knew that Salman Khan is isolating himself at his Panvel farmhouse along with some members of his family, little did we know that his Kick co-star Jacqueline Fernandez is there too. The actress’s presence was revealed by Salman himself when he posted a picture on Instagram recently which he had caught her sneakily clicking during his workout session.

Salman captioned the post, “Jacky got caught taking a pic chori chori chupke chupke... she took one more after that which she will post on her own! ”

As per a report in a leading daily, Jacqueline had visited the Panvel farmhouse to discuss her Indie pop single Genda Phool and got stuck there when the lockdown was announced.

A couple of days ago, she shared pictures of herself riding a horse, sparking rumours of her whereabouts. (There are horses at Salman’s farmhouse).

There are reports that around 22 people are staying at Salman’s farmhouse.