Salman and Sohail groove like never before in the second song from the Kabir Khan directorial 'Tubelight.' 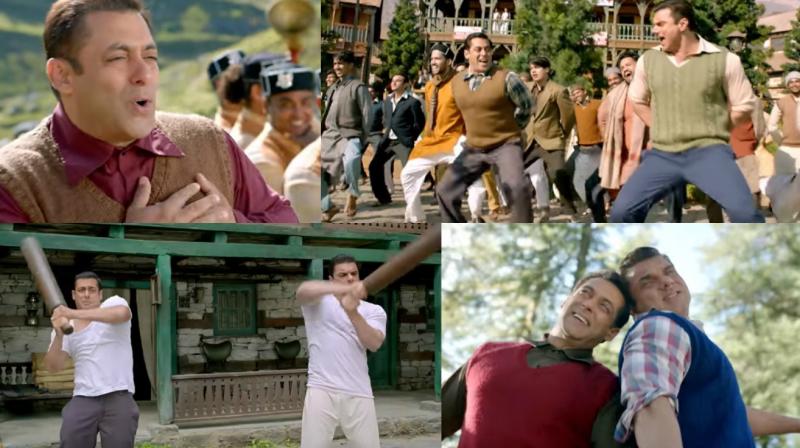 Mumbai: Salman Khan is known to be a family man and is particularly close to his siblings.

His bond with one of them, his brother Sohail Khan is well-known and with the duo playing brothers in their upcoming film ‘Tubelight’, their chemistry off-screen has been brilliantly translated on the big screen too.

The film traces the story of Salman's character Lakshman longing for the return of Sohail's character Bharat who sets off to fight for the country in the 1962 Indo-Sino war.

At the trailer launch of the film, Salman had spoken about how he felt emotional shooting for the film because Sohail was playing his brother.

The first song, ‘Radio Song’ sees Salman celebrating news of his brother on the radio and the second song ‘Naach Meri Jaan’, that has been released now, actually shows the bond between the two brothers.

Lakshman and Bharat bond as they play cricket, sing and dance with the villagers.

Salman’s goofy side is also very much on display as he expresses helplessness while exercising with Sohail or when he backs out of jumping into the river.

This song is also lively like the first song and sounds a bit similar too, but Salman and Sohail's dance moves are definitely worth a mention.

The music is composed by Pritam, with lyrics penned by Amitabh Bhattacharya.

‘Tubelight’, directed by Kabir Khan, is based on the film ‘Little Boy’ and is gearing up for release on June 23.