The ‘I’m not a chic flick’ finally hit the theatres on Friday and is receiving mixed reviews from fans and critics. 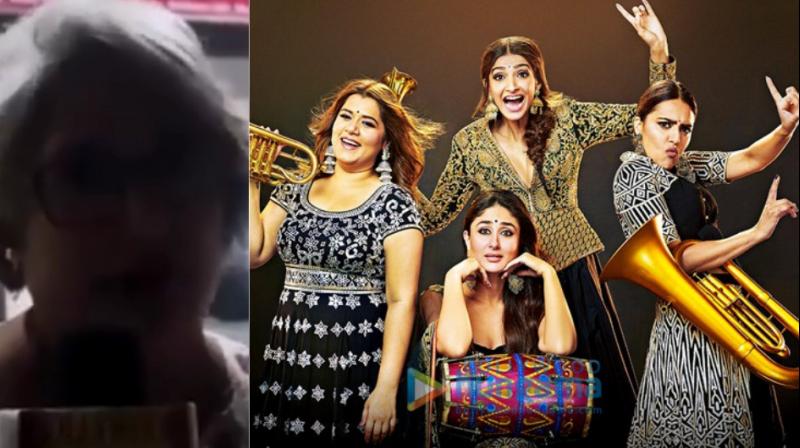 With the stars on a promotional overdrive for the last few days, focusing on celebrating the spirit of the modern women, VDW has registered an occupancy of 33 per cent in its first show which makes it the third-highest opener this year after ‘Baaghi 2’ and ‘Padmaavat.’

However, the film is getting mixed reviews from critics and a lady’s review of the film will just make the rest of your day.

And, we must say, she has been generous!

Here’s what she said:

“Lookwise, it was good. It is Instagram and Pinterest-filtered. Sets are very good, very beautiful film. People are also beautiful. Story is also beautiful, but there’s no feel in it. It’s like you have thrown a lot of money, but afterwards you don’t feel anything. Songs are also good, but you should instead listen to it on YouTube, as you won’t enjoy it in the film.

“If you are hurt and you are rich, then you can go to Thailand, is what I have learnt from the film.

“Instead of acting, they have done product placement. You won’t see the acting, but surely the product.

“The most important one is Bikaji, you can have it when you are sad or happy.

“They have also done good product placement of Air India, but they put the line of Indigo, so there could be a conflict of interest in that.

“Shikha Talsania and Sumeet Vyas were the most natural. Swara Bhasker’s dialogues are good, but this is the first time she been shown rich in a film. Till now, she was shown from only the helpless, BIMARU states, so since she doesn’t have the habit, she doesn’t know what to do with the money.”

Check out the video:

We’ll only have a better idea about how much the film is being liked or disliked when the collections figures start coming in from Saturday.