Avanie debuted her singing and acting together in a popular UTV show called Halla Bol. 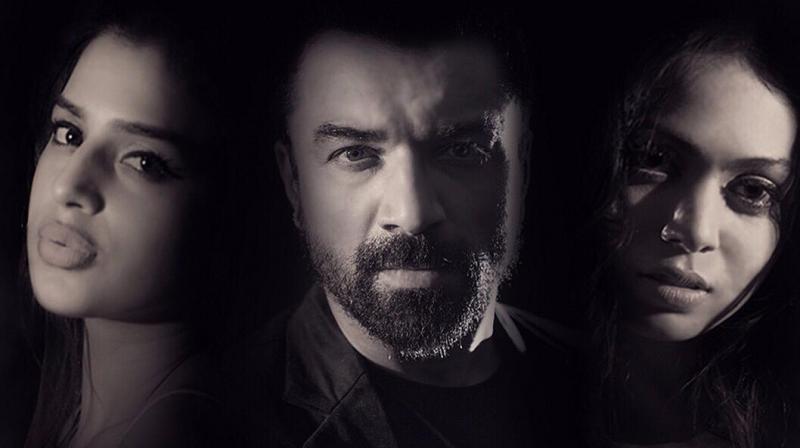 Mumbai: Avanie Shankar Joshi born January 9 1993 is an Indian singer-songwriter, composer and actress. A contemporary recording artists, she is known for narrative songs about her life. Also did various channel v shows like Gumrah , confessions of an Indian teenager and webbed .

She debuted her singing and acting together in a popular UTV show called Halla Bol where she played the lead vocalist of a rock band that eventually turns into and acapella girl band. Her ‘Chooley Aasman’ song was playing all over UTV channels due to its huge liking.

After her debut with future soul, two of her releases that would be out super soon are ‘’Aks Tera’’ that would be released by zee music featuring Ajaz khan along with her and happy breakup which is one of her compositions and write ups. She is super excited for the release of these songs. Many more are in the pipeline and coming out very soon.
ajaz khan is amazing man who has high on energy he is fun loving actor one of the cool actors with whom she had worked with. Talking about Avanie’s early life she had born and raised in New Delhi, Avanie moved to Mumbai, at the age of 19 to pursue a career in Acting. She joined Roshan Taneja School of acting from where she got to know her strengths and gained confidence in the art of acting.

She started her singing career in 2015 . With the launch of her YouTube channel and her first cover song chahun main ya na that got widely appreciated. Her 2nd song Banjara also won a few awards one of which being the JMFA (Jaipur Music Festival & Awards) for best cover version. This song was widely appreciated and often said to be much better than the original song.

Each of her releases were different from the other in terms of the music genres. She started being called a versatile singer. She had also worked in many ads post that like Pepsi, Sony Mix, campus shoes, Kalyan jewellers, Euro football World Cup (time to switch) etc

Coming back to ‘’Aks tera’’ this song is very close to her heart because she feel some special connect to it. And according to sources the song should be released during Eid. our best wishes are with Avanie Joshi.