Taapsee Pannu steps up her ‘Game’

The actress was spotted in good spirits at the trailer launch event for the film, which has also been dubbed in Hindi. 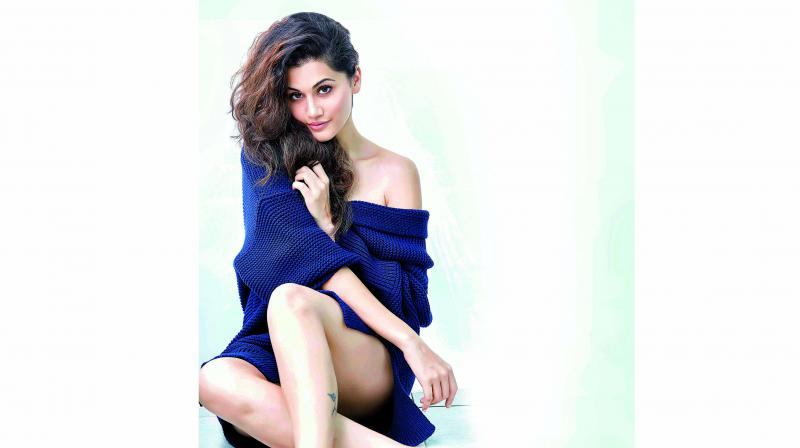 Tapsee Pannu, known for capturing audiences in both commercial and independent films, has now taken on a Tamil/Telugu bilingual flick titled Game Over. The actress was spotted in good spirits at the trailer launch event for the film, which has also been dubbed in Hindi.

The actress spoke to the media about various topics, including saying “yes” to the film. “I take a long time to take on films from the South, but this time I knew the makers. When I started doing films, I never got opportunities like this. But when he came to me, I felt I would never get any better project where I could shoulder the film. So after reading the script, I said yes in just a day or two. My first thought was ‘I hope it’s not horror’. I have already done a horror film in the South, so I don’t want to repeat myself. This film cannot be categorized, but it will definitely give you chills,” she says.

Talking further on Game Over’s potential for success, the actress says, “An added bonus to the film is that we could also release it in Hindi, so this is a bonus of sorts. While making the film, I realised that this film could even go international. But for now, it’s going to be in Hindi, it feels good. I feel like I have the opportunity to be loved by audiences across the country. Also, I am happy to get back to the southern film industry with a big bang.”

When the other language movies are dubbed in Hindi, mismatching of lip sync becomes commonplace. Talking about whether she had any apprehensions, Taapsee says, “We originally had not decided to make the film in Hindi, it was dubbed after the Tamil and Telegu version was made. But after watching the finished product, we all felt it deserves a nationwide release. And since Hindi-speaking audiences know me a little bit, they will also love it.”