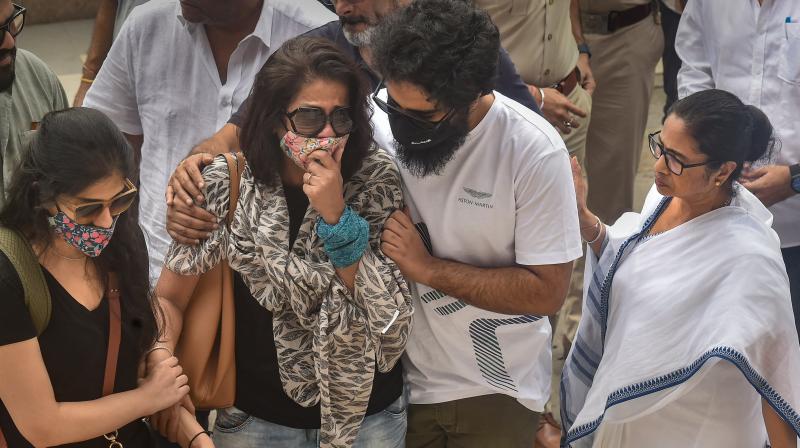 Kolkata: A day after famous Bollywood playback singer KK died of cardiac arrest within an hour of finishing his concert in Kolkata, allegations of mismanagement and negligence -- which apparently left him ill during the overcrowded show and led to his untimely demise -- surfaced against the organisers.

The uproar broke out on Wednesday when a case of unnatural death was initiated at the New Market police station into the incident, while the 53-year-old musician’s body underwent a post-mortem at SSKM Hospital, but no foul play has been detected, at least initially.

West Bengal chief minister Mamata Banerjee, who was in Bankura, mourned KK’s death and announced a gun salute would be accorded by the Kolkata police to the singer before she flew back to the city, cutting short her tour of the district.

Tributes poured in from across the nation, from Bollywood stars and other celebrities, as well as political leaders. Prime Minister Narendra Modi tweeted: “His songs reflected a wide range of emotions (and) struck a chord with people of all age groups… We will always remember him through his songs. Condolences to his family and fans.”

Attending the ceremony to bid adieu to KK at Rabindra Sadan along with her Cabinet colleagues, Ms Banerjee paid tribute to the acclaimed singer and offered her condolences to his wife Jyoti and son Nakul, who were handed over the body, which was flown to Mumbai by an Air India plane on Wednesday evening for the last rites. The family has said his funeral will take place at the Versova cremation ground in Mumbai on Thursday morning.

However, the controversy over the celebrity singer’s death has not ended.

Preliminary investigations suggest that the air-conditioning system at the Nazrul Mancha auditorium, at Dhakuria in south Kolkata, where KK performed on the occasion of the annual event of Gurudas College on Tuesday evening, was switched off after the audience numbers at the venue suddenly shot up to 7,000, vastly exceeding the seating capacity of barely 2,700 people.

Trinamul Congress minister and Kolkata mayor Firhad Hakim, however, said: “KK had a crowd-pulling popularity. The wave of the crowd could not be stopped despite restrictions during his show. There is a limitation of AC when such a huge crowd streams into a hall. An AC system for an audience of 2,700 cannot take the load of 7,000.”

Several videos which went viral since Wednesday morning show that KK was reeling under heat on the stage, amid a suffocating environment due to heavy spot lights above and no air circulation. He was seen sweating profusely, which forced him to take multiple breaks after songs and to drink a lot of water.

The melodious voice reportedly urged the organisers to put off all spot lights at the stage to reduce the heat. By the time he reached his last and famous song, Pal, a section of the crowd also went up to the stage. KK, however, finished his show. But he could not stop himself from falling ill and started off for the five-star hotel in the New Market area where he was staying.

On the way, his body temperature dropped drastically. His manager, Ritesh Bhat, said: “KK said that he was having cramps in his limbs and also asked me to switch off the car AC.” Returning to the hotel, the singer collapsed and suffered minor injuries on his face, the police said. Mr Bhat then called the hotel staff and rushed KK to the Calcutta Medical Research Institute, only for him to be declared brought dead.