The film won the hearts of the masses. 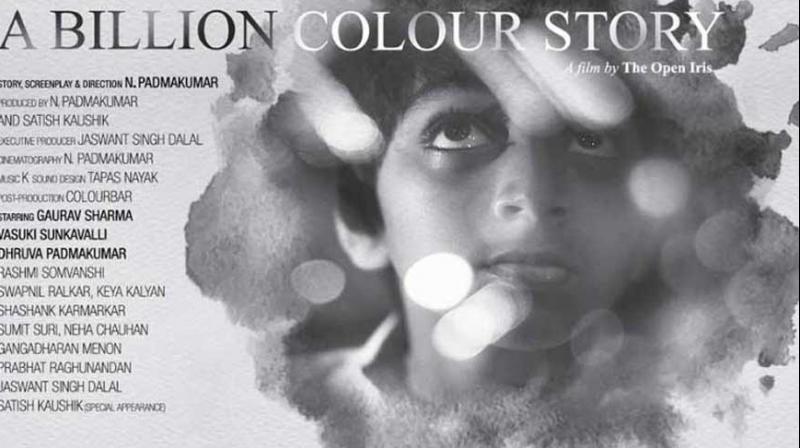 Poster of the film.

'A Billion Colour Story', produced by Bollywood filmmaker Satish Kaushik and directed by Padmakumar Narasimhamurthy, won the Audience Award at the festival last evening for what was described as a heart-warming tale.

"It's incredibly special for us that 'A Billion Colour Story' resonates with audiences across countries and continents. It continues to vindicate our faith that people and their hearts are the same across cultures and horizons," the filmmakers said in a statement.

Other special awards presented by the festival, now in its eighth year and backed by the Bagri Foundation, included three Sunmark ICON Awards for South Asian directors who have made a global contribution to cinema Adoor Gopalakrishnan from Kerala, Ashutosh Gowariker from Mumbai and documentary filmmaker Pratibha Parmar from London.

"I was fighting depression and trying to win over myself in many ways, when I decided to take the challenge of making this film.

I didn't have a single penny and no professional assistance, but with a deep prayer in my heart and with the support of my friends in Shimla, we begged, borrowed and did everything we could, to make this film in the best possible way. It wasn't easy for us, but I guess all the effort was worth it," Chauhan said.

The festival this year coincides with the UK India Year of Culture celebrations in London and plugs into the British Film Institute's (BFI) ongoing 'India on Film' series.

"India has one of the world's richest and most prolific film industries. Throughout 2017, we celebrate the diversity of Indian filmmaking and films about India, from Bollywood to Tollywood (home of Telugu and Bengali cinema) in cinemas and online," said Robin Baker, BFI Head Curator.