Entertainment   Bollywood  01 Aug 2017  Neena Gupta isn’t hoping to get work because of her post
Entertainment, Bollywood

Superstar Priyanka Chopra wrote ‘Inspired’ on her post and Neena says she admires her greatly. 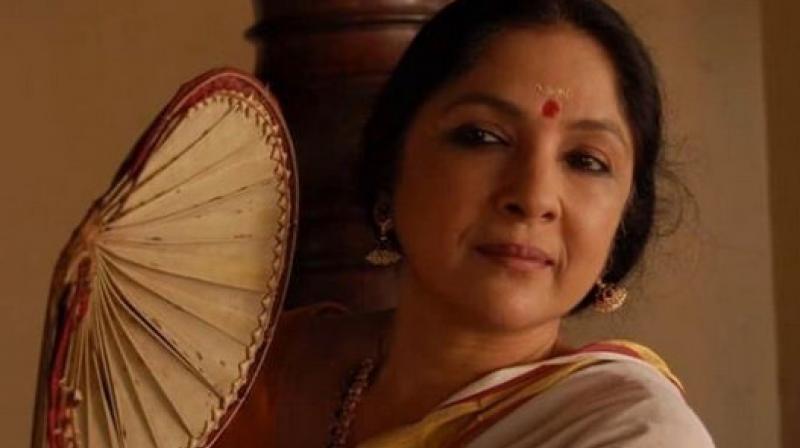 She is brave, beautiful, talented and a National Award winner. We wonder how such  an immensely talented actors are running out of work. Are directors not writing anything for them? Well, this fearless woman, Neena Gupta, who took to social media to ask for work is now the talk of the town.

However, she says she is not hopeful that she will land up getting work immediately because of this post despite getting admiration from her fans for her brave move.

Ask her if she’s received any calls from the producers after this post and she says, “No, not yet. I am still waiting. I am not hopeful, but I did this to make a point. If I continue to be in the news a little bit, then I might get some offers. I am not expecting to get a call from a producer or director tomorrow. But I believe it’s a good thing that I did,” she adds.

Neena further reveals why she posted this on social media. “Recently, I met someone for work, and they asked me when I came to Mumbai. People feel that I live in Delhi and I’ve heard this from quite a few individuals. That’s when I realised I needed to clear the air so that people would know I live in Mumbai and I’m available for work,” the 62-year-old says.

Neena also claims she is not Internet savvy, and takes help from her daughter Masaba Gupta most of the time. She is immensely touched by the comments she has received from all over. While she is happy to do any interesting role, she makes it clear she is not ready to work free of cost. “I will do any good role that’s offered to me as long as they compensate me appropriately. Also, I won’t work for free. I know my market value and will work in any medium where it satisfies the actress in me. I don’t think we actors are ashamed to ask for work. In fact, I believe we are shy. I lost out on work for 30 years because one feels that when we are so talented why aren’t directors approaching us,” says Neena.

Superstar Priyanka Chopra wrote ‘Inspired’ on her post and Neena says she admires her greatly. “I admire her. She works day and night, and I don’t know how she handles everything. Priyanka produces films and acts in movies across continents. I don’t know when she sleeps. Yes, I am also inspired by her, but I am not as young,” she signs off.