There’s nothing wrong in sporting a bikini, says Raai Laxmi

Raai Laxmi, who is set to sizzle screens with her B’wood debut Julie 2, in which she lets her body do all the talking! 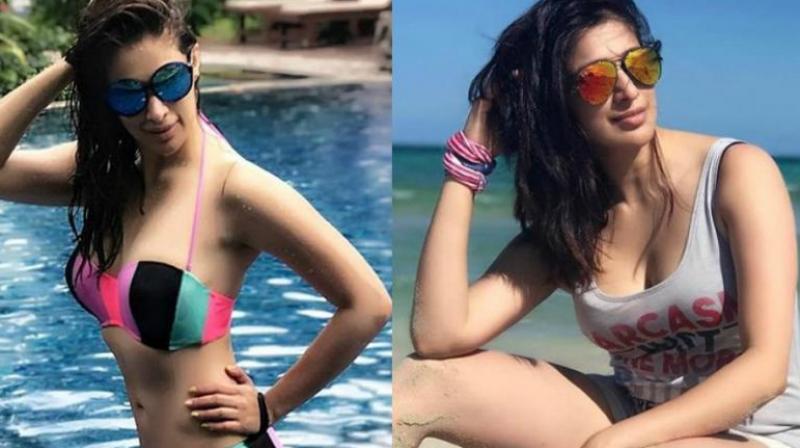 Completing one decade and 50 films in five different languages — sharing screen space with the likes of Ajith, Mammootty, Mohanlal, Lawrence and Balakrishna — and being still in demand when it comes to glamour roles is one heck of an achievement.

And to top it off, Raai Laxmi makes her debut as the lead protagonist in Bollywood’s Julie 2, directed by Shivdasani, which is her 50th movie.

The teaser of the film, in which she flaunts her perfect body, sporting a bikini, released on Tuesday and has created quite a stir.

Laxmi tells The Asian Age that Julie 2 is a milestone film in her career, which will also prove that she is an actress of substance and also recounts her film journey over  the last 10 years.

“It’s a special feeling! I have seen hits and flops in my career graph and I take them in my stride. Although I have completed 50 films in multiple languages, I feel my responsibilities are mounting. I consider each film my first. I am new to Bollywood and I have the same jitters, fear and a lot more pressure as if I am a newcomer. Holding an identity where you are recognised in one part of cinema — and now in Hindi, it’s all the more challenging. But nothing could have been better than Julie 2 for my Bollywood debut (Akira was an extended cameo),” Raai Laxmi begins her  conversation.

On her character in the film, she asserts, “Julie 2 is a hard hitting thriller. It’s about a naïve girl from a broken family, who becomes a new person (an actress) one day and the struggles and hardship that she undergoes in her transformation — which makes her a gritty woman. I do agree that there’s a lot of glamour, skin show and lust in the film, but it has  brilliant content as well. It was gratifying when I dubbed with my own voice in Hindi.”

Coming to the topic of sporting bikinis in the film, which many actresses would have shunned away, Laxmi seemed to have no qualms. “Earlier, I was not open to wearing them, although I have appeared in semi bikini scenes in the south. But in this case, the script demanded such a shot and I was convinced. Since I was told in the very beginning, I prepared myself and gained confidence. There’s nothing wrong with sporting a bikini, as long as you have a great body! Moreover, the director has shot it in an aesthetic manner and not for cheap thrills — which you will know when you watch it.”

The bombshell reveals that she lost out on a couple of south film offers because of her weight transformation for Julie 2 — “In the south, they wanted me exactly how I was — but for Julie 2, I had to put on weight as the director wanted to project the journey of a normal girl becoming a star over a period of time. She initially gets  film offers from the south where the heroines are expected to look voluptuous. Gaining weight was easy, but losing it was a big task. There’s a lot of hard work that has gone into it. I had 35 trainers across India who trained me at different levels. It was like going from XL to medium and then to size small — which was extremely tough and challenging. But, at the end of the journey, it was worth it.”

Her future movies include a female-centric film Yaar “I will start working on other movies after Julie 2’s release in October,” she signs off.