It was the actor who suggested that the song should be recreated in Dharmendra’s latest film. 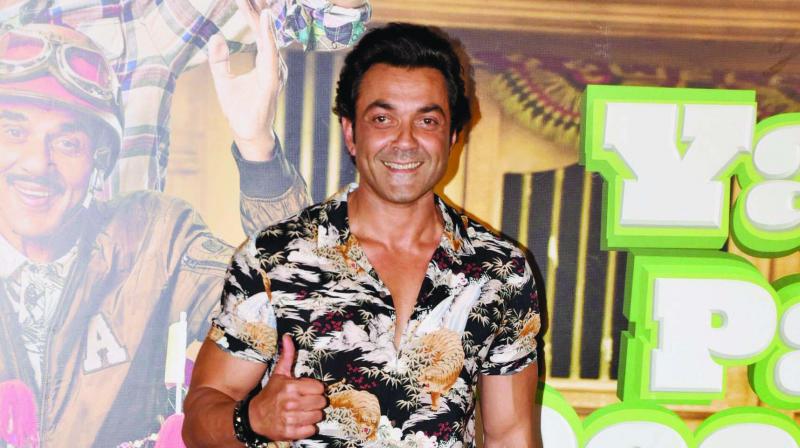 As the film Yamla Pagla Deewana: Phir Se hits silver screens, actor Bobby Deol reveals that it was his Race 3 co-star Salman Khan’s idea to recreate the song Rafta Rafta from the film Kahaani Kismet Ki, which starred Dharmendra and Rekha, in the new film.

“Salman suggested that we should get Rekha ji, Sonakshi and Shatrughan Sinha to be a part of the song, to see them all in one frame,” says Bobby. He also says that Salman loves Dharam ji, and he’s quite like the senior actor in terms of his temperament and film choices.

Salman makes an appearance in YPD: Phir Se, playing the character of Mastana, who introduces a twist in the tale. “It’s Yamla Pagla Deewana and Mastana,” says Bobby, adding, “People want to see Salman and my dad together, like they did in Sohail bhai’s film Pyar Kiya to Darna Kya, and they will get that in this film.”