Actress reveals that the actor-politician was first offered the 1969 film, before Rajesh Khanna went on to do the lead role. 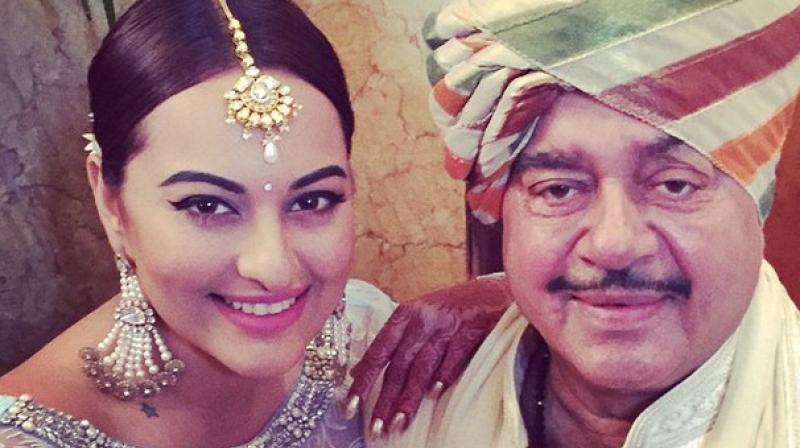 Sonakshi and Shatrughan Sinha are yet to work in a film together.

Sonakshi said working on the remake was a good opportunity for her as the role helped her ditch the quintessential good girl image that she has in Hindi films.

"My dad was supposed to do the original 'Ittefaq', and I am there in the remake version, so it's a big thing for me. I think life has come full circle to me," Sonakshi told reporters here at a promotional event of 'Ittefaq' on Monday night.

"I am upset that I have been the quintessential good girl of Hindi cinema... There are two sides to me and that is what attracted me to do the film."

The soon-to-be-released film 'Ittefaq' is directed by Abhay Chopra and produced by Red Chillies Entertainment, Dharma Productions and BR Studios.

Besides Sonakshi, the remake features Sidharth Malhotra and Akshaye Khanna. It is set for a November 3 release.