Entertainment   Bollywood  01 Nov 2017  Shah Rukh Khan reveals why it's important for Ittefaq to be 'less spoken about'
Entertainment, Bollywood

The superstar, who is one of the producers of the film, says why it was important for the film to have less promotions. 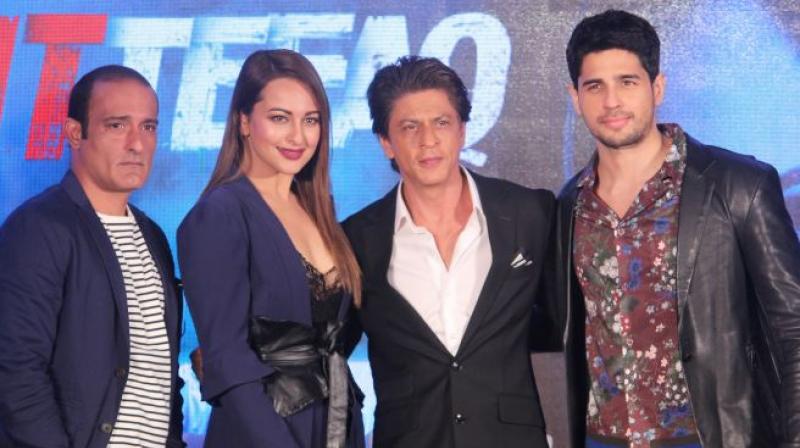 Mumbai: Bollywood actor Shah Rukh Khan, co-producer of 'Ittefaq', claimed that the upcoming Bollywood thriller will be 'liked, loved and appreciated' for its content.

While talking to media at a press conference, the 51-year-old confessed thriller was one of his favourite genres.

"The important thing to know is, normally we make a lot of films, which are template driven. Most of them are similar," he said.

"But I think this film will be liked and loved and appreciated for the content, more than anything else. Not any less for the acting, obviously, or the direction. I think the content is really important for the film. The less spoken about it, more seen and presented would be better for 'Ittefaq'," the 'Raees' star added.

The movie stars Akshaye Khanna as a police officer, who is investigating a double murder case that has only two witnesses, who are also the prime suspects.

The suspects - Vikram (Sidharth Malhotra), an acclaimed writer and Maya (Sonakshi Sinha), a young homemaker, have different narratives about the events of that fateful night.

The film is slated to release on November 3.