Nihalani is clearly not impressed by his successor Prasoon Joshi, whom he accuses of purposely delaying his film. 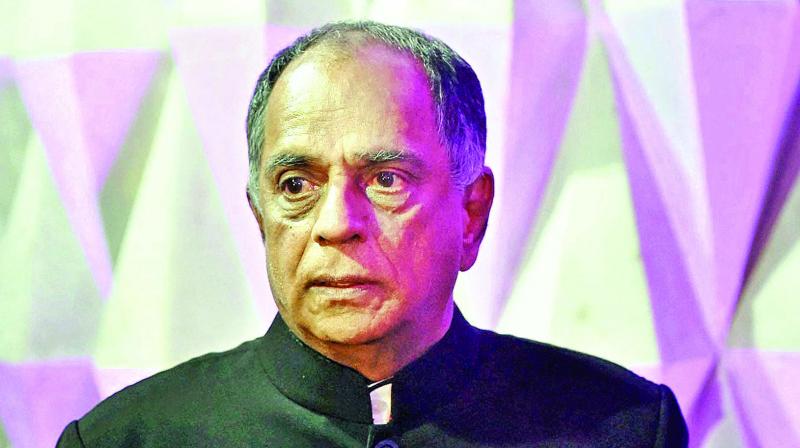 Filmmaker Pahlaj Nihalani, who found himself in the midst of many a controversy during his tenure as the chairman of the Censor Board, is now at the receiving end of the Board’s inefficiency. Though it’s been weeks since he submitted his Govinda, Shakti Kapoor-starrer Rangeela Raja for certification, he’s yet to receive the green signal. Meanwhile, films like Thugs of Hindostan that have been submitted after his, have already been cleared.

Voicing his grievances, the producer says, “Though it’s been quite some time since I have submitted my film, the Censor Board has not yet watched it. The release date of Rangeela Raja is December 8, and whenever I call to enquire when my film will be screened for the board members, I receive a standard answer. They say that there are too many films lined up and the board is short staffed, so they haven’t been able to watch mine yet.”

Nihalani is clearly not impressed by his successor Prasoon Joshi, whom he accuses of purposely delaying his film. He says, “He is never available on the telephone; he thinks he’s a big-wig and he only answers the calls of big producers and other industry big-wigs. He prefers issuing censor certificates to the films of the big producers first. Meanwhile, my film has been lying with them for over 40 days now.”

He also points out that if things continue the way they are, he won’t be able to make his release date. “My film reached the Censor Board much before Thugs of Hindostan. They are definitely overlooking my film,” the producer adds.

Naturally, he doesn’t want to miss out on an opportunity to give himself a pat on back, claiming that the certification process was much smoother during his tenure.  “During my tenure, it would take just 21 days for a film to be watched and a certificate granted. Nowadays, they say that they are applying Rule 68. But I smell some partial treatment being given to the big-wigs,” he says, adding, “Many big production houses come at the last minute, submit a letter a stating that their film is about to release, and they are awarded a certificate immediately.”

Nihalani also asks the media to be as harsh on the current board as they were on his. “The media needs to keep a close watch on the working patterns of the new CBFC. The media would always target me, and I’m thankful that I’m out of this and doing my own production work now,” he concludes.