The actress plays the ‘other woman’ in her next film Pati Patni Aur Woh, but she says that she does not condone extra-marital affairs in real life. 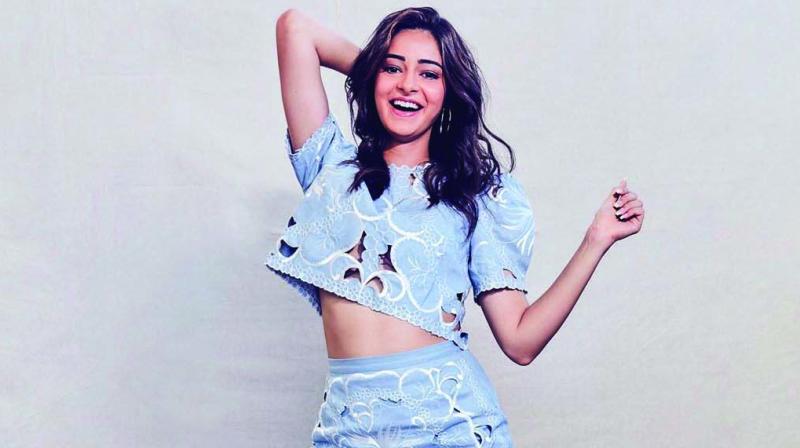 While most star kids skip over the conversation about nepotism, Student of the Year 2 actress Ananya Panday is happy to be known as Chunky Panday’s daughter.

“He has worked very hard; I am proud of being his daughter,” she says, adding that she has learned a lot from her father’s journey. “My dad was a star before I was born and he took a break, so I saw the way he dealt with all his ups and downs.  I have seen him taking life in his own stride very normally; he has done things in a very light-hearted manner. He always kept a positive attitude. He never gave up and that is very inspiring for all of us family members,” she shares.

In the meantime, Ananya is pleased with how her career is shaping up. She muses: “I am happy with the response I am getting, especially with kids. When I was 10-years-old, I loved Kareena Kapoor, and as I grew up I started admiring Alia Bhatt. I love being an inspiration for young girls.” And although she has gained popularity, the actress feels that stardom is far away. “I am young now, and I want the audience to grow with me watching my films. However, I think that superstardom is far away, but I hope I achieve it someday. I want to have a loyal fan base,” she says.

The actress plays the ‘other woman’ in her next film Pati Patni Aur Woh, but she says that she does not condone extra-marital affairs in real life. “On a personal level, I wouldn’t accept it nor I would tolerate it or be a part of it,” she asserts.

Ananya confirms that she is single in real life, but has a specific set of qualities that she looks for in a partner. She says: “First and foremost, he should have a sense of humour. I have seen this in my dad as well. Loyalty is another important that every men should possess. Another quality that would attract me towards a man is that he should have a sense of friendship. I want to tell him everything without being judged,” before adding that she isn’t looking for a relationship right now. “I am just enjoying and going with the flow. I want to chill; there’s time to become a wife. I am single and busy doing films. At this juncture of life, work is more important to me,” she says.

The actress muses that her parents have given her an idea of what it takes to make a marriage work.

“I have seen my parents fight at times, but they patch up. So I think the key ingredient to a happy married life is friendship. You have to be humorous and keep it light and patch up quickly. They fight, but they patch up and say they are joking. My dad is very funny and sweet, he doesn’t keep the fights for long. He makes up for it fast,” she reveals.