In a career spanning several decades, 67-year-old Rishi Kapoor has played a myriad of roles, showcasing his talent, which age has clearly not dimmed. 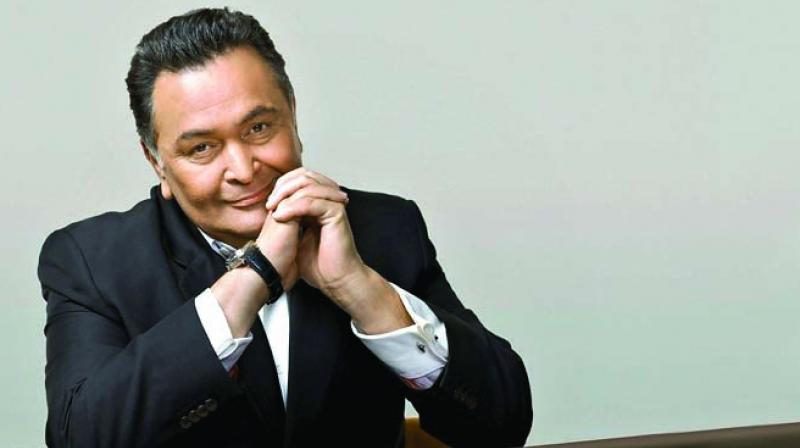 For over two decades, Rishi Kapoor played the romantic hero with aplomb, with his dreamy looks and dance moves making audiences swoon. Today, the 67-year-old has proven that he can still hold audiences in a thrall with his superlative acting abilities.

“I have spent 25 years in the film industry as a romantic hero but I never got the chance to do roles like what the younger generation of actors is doing now,” says Rishi, who, not surprisingly, is romantic at heart too.” I may be 67-years-old, but I am young at heart and optimistic. There is no fixed age for romance. It can happen anytime and with anyone,” he says with a smile.

As one who has been part of the film industry for many decades now, the senior actor is well able to comprehend the change with time. “In 1973, the audiences would never accept films like Vicky Donor or Bala. Now, they are aware, mostly educated and watch Netflix. They also understand different languages, especially English,” he observes, adding, “Most films back then, like Amar Akbar Anthony, were based on the lost-and-found concept. But today, it would probably be rejected. Content-based films are doing well now. At the end of the day, films are a mirror of society.”

Age has not diminished the actor’s zest for his profession. “I still enjoy my work because I am a passionate actor, I love acting. I consider Bobby (1973) to be my first film, although if you count Mera Naam Joker, it will be 50 years next year. I tried to do whatever I could 25 years ago.  No one gave me a chance to do anything different,” says Rishi, who adds, “Now I am enjoying playing different characters, like in Rajma Chawal, 102 Not Out, Mulk, Agneepath and Kapoor & Sons. I am constantly looking for different roles and getting work because of my acting capabilities.”

As to what he attributes to the success of his films, the senior actor explains, “Whether a film does well or not is not in my hands. We didn’t become superstars just like that. It’s because of our hard work. It’s a welcome change that we are getting such roles and the audiences are liking it.”

Known to be brutally frank, Rishi admits that there have been some films that he regrets being a part of. “I’ve done a lot of films where I didn’t know what I was doing,” he admits, citing the example of Delhi 6. “My part and Waheeda’s role got lost. It was not what I had heard. The director was so confused. He took on so many actors and then tried to interconnect every story.  I should be more careful in the future,” he states.