Rangoon's Tippa: Shahid-Kangana's first encounter is a treat to the eyes

'Tippa,' set in a train, is amongst the better filmed songs in recent times and the brilliant cinematography is evident. 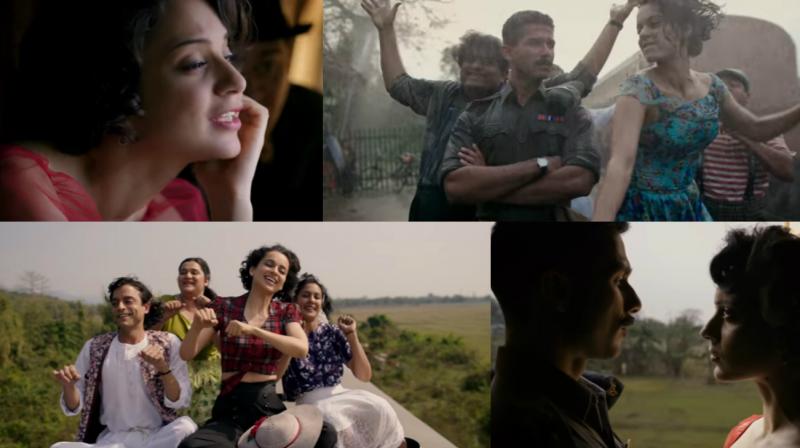 Mumbai: After earning accolades for his last film 'Haider', Vishal Bhardwaj is ready with his next, much-delayed but highly anticipated 'Rangoon'.

Bhardwaj is one of those few filmmakers who've represented his stars against the best of locales and the best of songs, which convincingly enough, he himself composes.

His highly ambitious 'Rangoon' impressed all and sundry with its first trailer and the songs have been equally impressive.

The Saif Ali Khan-Kangana Ranaut-Shahid Kapoor has been in the news for the longest time, thanks to its prolific director's filmography.

The songs have been massively appreciated, and the latest is no exception.

'Tippa,' set in a train, is amongst the better filmed songs in recent times.

The song, evidently, is the first encounter between Shahid and Kangana's character, and the latter absolutely makes the song her own with her inherent charm.

The Casablancaesque love story, set against the backdrop of the second World War, has also been in the news for its sensational casting coup.

'Rangoon,' is set to release on February 24.