Prabhas and Saif were not present 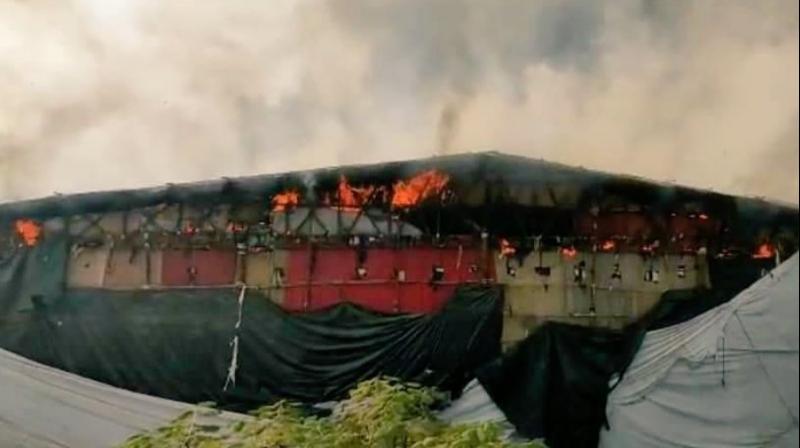 Fire break out on the sets of Adipurush at Goregaon (Image source: Twitter@vijuvijayan6)

Mumbai: A major fire broke out at the set of "Adipurush", a film starring actors Prabhas and Saif Ali Khan, in suburban Goregaon on Tuesday afternoon. A fireman sustained minor injuries, officials said, adding that the blaze was doused by late evening.
Khan and Prabhas were not present when the incident took place. Akshay Tarte (24), a fire brigade personnel, was injured and taken to a private hospital. He was discharged later. The film went on floors on Tuesday with a special set erected on open ground near Inorbit Mall in Bangur Nagar. The fire started around 4:10 pm, a police official said, adding that eight fire engines and six water tankers were rushed to the spot.

A source said director Om Raut and a small crew were filming on the set. "Prabhas and Saif were not present," he added.
Fire brigade officials declared it to be a `level two' fire which is considered as major. The film, backed by T-series, is slated to be released in theaters on August 11, 2022.